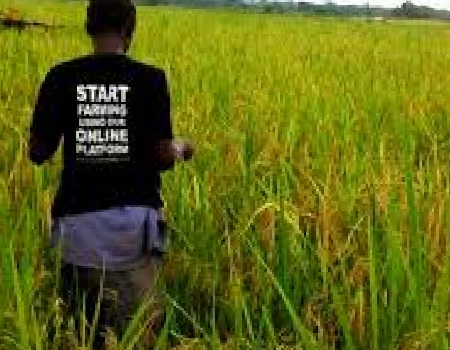 TITAN Farms, an agro investment and trading company, has launched a real estate scheme tagged: Titan Farm city, which opens to investors to own land for farming and grow crops on it .

Chief Executive Officer of the company, Gbenga Eyiolawi, made this known while speaking with journalists during the annual real estate gala night, Titan Farm City launch and inauguration of Titan Farms House which held in Ibadan recently.

He said:”It is actually a marriage between real estate and agriculture that is where we cultivate instead of just process. Presently we only process, but because we want to ensure all-year round supply for all our products that we process we have to start cultivating.

“While these products are expensive in the market, we can just bring out from our shelf and start processing to ensure price uniformity.

Speaking on the real estate scheme, Eyiolawi noted that: We will manage and sell real estate to interested farmers or investors who want to farm on the land at a 5-year lease value of 20 per cent.

“We will also offer a buy-back clause to get the land in 5 years at a 20 per cent discount for administrative charges. This would enable investors to won land for farming and grow crops on it for us while we sell for them.”

“The future aim is to build stronger organised investors interested in participating in the agro investment system while making the process seamless.