Tinubu@69, a visionare extraordinaire, moving steadily to the next level –  Olatubosun 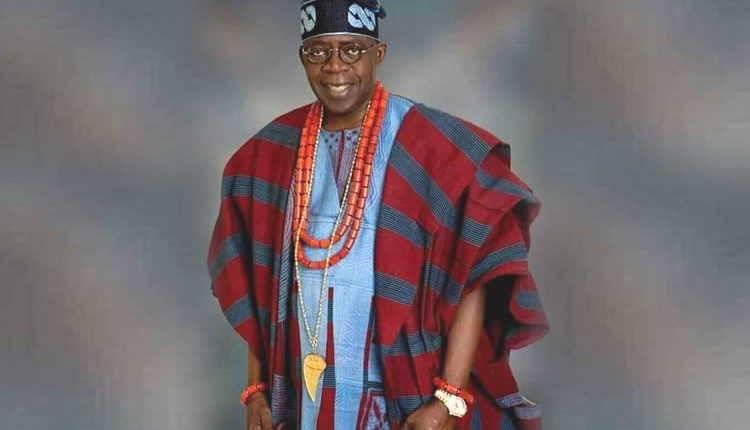 A member representing Atisbo/Saki – East/Saki-West in the House of Representatives, Rep Olajide Olatubosun on Monday, described the national leader of the All Progressives Congress (APC), Senator Bola Tinubu as a leader with a penchant for quality.

Olatubosun in an interview with journalists on Monday congratulated the former governor of Lagos State, Senator Bola Tinubu on his 69th birthday celebration.

He said that Tinubu laid a solid foundation for development in Lagos State and indeed the South West.

“Our leader laid a very solid foundation for development of infrastructure and good in Lagos State and beyond.

“He is a leader who is able to identify quality anywhere they are and make use of them at various leadership positions.
He describes him as an absolutely visionary and focused leader.
“As he celebrates his 69th birthday today, I consider it a privilege to be in the same party with such a purpose -driven, great and selfless leader.

“I wish him well and I pray God to grant him his utmost heart desires, strengthen him, give him good health and uncommon wisdom to steer the affairs of our great party beyond the next political dispensation,”he said.

He thereafter offered prayers for the peace and stability of the country.

Convert Unoccupied Public Land To Ranches, Tinubu Advises Governors
National leader of the All Progressives Congress (APC) and former governor of Lagos State, Senator Bola Tinubu, on Saturday, broke his silence on the farmer-herder conflict and the growing violence in the country, calling for a government takeover of “unoccupied public land” and turning same into ranches for cattle…

Reps To Army Chief: Come Explain How Military Weapons Got To Bandits
The House of Representatives on Friday said the Chief of Army Staff, Major General Ibrahim Attahiru should appear
before it to explain how weapons bought for the Nigerian Army ended up in the hands of bandits. The House also on  Friday expressed grave concern over allegations made by the National Security Adviser…

Apprehension In Kano Over Foreign Camel Caravans
RESIDENTS of Rimin Zakara and Doraji Babba communities of Gwale and Ungogo Local Government areas of Kano state have since Wednesday been filled with apprehension and fear over the presence of foreign camel caravans in their neighbourhood. It was gathered that some residents of the communities on seeing the strange caravans decided to relocate their families for fear of the unknown. One Malam Muhammed Ibrahim…

Arms Procurement: Billions Spent, No Weapon Seen —NSA •No Money Is Missing, Weapons Being Delivered —Presidency •No money is missing, weapons being delivered —Presidency •NSA was quoted out of context —ONSA •Disclosure weighty, must be probed —PANDEF, Gani Adams
THE National Security A d v i s e r ( N S A ) , Babagana Monguno, said on Friday that billions were spent on procurement of weapons with the supplies not met on ground by the new service chiefs. Monguno said in a British Broadcasting  Corporation (BBC) Hausa Service interview that the new service chiefs did not meet weapons for which the money was  approved when they assumed…

If Nigeria breaks up, visas will be needed to move around, says Osinbajo