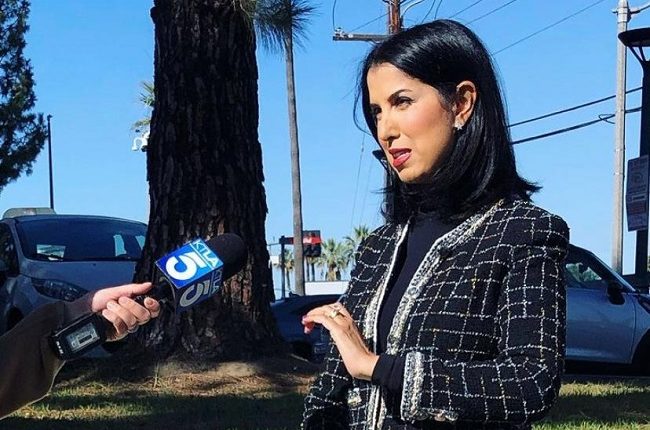 “I am not defined by my success and my success is not one-dimensional,” Tina Odjaghian says. As a litigation attorney and the founder of a boutique law firm, Odjaghian Law Group, Tina has spent her career shattering gender biases, expectations, and industry standards to rise to the top. Now, as a wife, mom, self-proclaimed fashionista, business owner, and so much more, Tina hopes to continue to invite other women to the table, inspiring them to set their own standards of success in the industry.

Tina explains, “Success, for me, means being able to do what I want to do when I want to do it. It means not being reliant on a job to live my best life. It means earning the respect and recognition of my colleagues. It means being the best at what I do, no matter what that is, and also being a great all-around human being and giving back to the community, whether that is through volunteer work, non-profit ventures, and killing it at my profession too.”

Tina’s firm is consistently recognized in the Daily Journal and Verdict Search for achieving some of the highest settlements, identifying her as a master in her industry. While she is motivated by providing for her family, and even adding to the curated selection of couture in her closet, Tina is most inspired to continue providing resources for those in the brain injury community and her colleagues in the med-legal community.

“I do not regard anyone else as being my competition,” she says. “I am my own competition. I always strive for growth from prior years. There aren’t too many women in this space that have this earning potential and I root for those women to shatter expectations as I did. I am not defined by my profession. I also try to stay 10 steps ahead of the herd. For example, when I got into social media early on before everyone jumped on the bandwagon and I was made fun of for it, but I saw then the potential social media can have in marketing your brand and connecting with others on a wider scale, so I prefer to avoid the herd mentality and instead be forward-thinking and evolve in order to stay ahead of the curve.”

Avoiding the herd mentality has opened up a world of opportunities for Tina in her field. She founded a non-profit organization called Brain Society of California, or Brain SoCal, where she is able to help educate other colleagues on the nuances of litigating brain injury cases. Looking to the future, Tina also hopes to start a podcast that is both entertaining and educational, in order to give those outside of the legal community a better understanding of litigation attorneys.

“My firm and I continue to aggressively represent the most seriously injured individuals valuing quality of representation over quantity. We have recovered well over $100 Million in record-breaking settlement just in the past few years alone. I continue to love fashion, which is my personal passion. I have a curated selection of couture that makes me very happy. I fancy myself a fashionista. I also remain involved in the Armenian community and in the brain injury community through my own nonprofit and support of other organizations that champion the cause of brain injury survivors. I also believe that I am the embodiment of the American Dream having immigrated to this country with almost nothing and having reached the success of today. I feel blessed to be where I am today and to help inspire other women to strive for success beyond expectations.”

The British Parliament at the Westminster Hall held a debate on ‘e-petition 554150, relating to Nigeria and the sanctions regime’ on Monday. The government of the United Kingdom has however responded…Tina Odjaghian  Tina Odjaghian

The surprise visit made on Friday night by the leaders of the ruling All Progressives Congress (APC) to former President Goodluck Jonathan at his residence in Abuja triggered a stir in the major political camps, resulting in at least four possible theories..Tina Odjaghian  Tina Odjaghian

Review of Robert Iger’s The Ride of a Lifetime