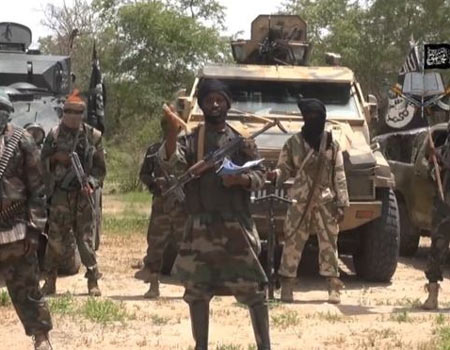 THE General Overseer, Evangelical Bible Outreach Ministry (EBOMI) Prophet Isa El-Buba has stated that the only way to decimate the Boko Haram in the North East is to unravel the sponsors of the terrorist group and block their sources of sophisticated weapon.

Speaking with Tribune Online in Jos, the Prophet El-Buba who said the Boko Haram has not been defeated implored the military to look inward for some elements within the military working for the Boko Haram adding that military hierarchy also need to talk less and focus more on its operation in the North East.

“Our military talk too much, there are things that need to be kept under wrap, there are people that are feeding the elements with information within. From all indications Boko Haram has not been defeated, though things are getting better but much still need to be done. Apart from fighting in the war front against the Boko Haram, there is also the need for spiritual battle against the enemies.”

The clergyman who said buying military hardware alone cannot win the wars enjoined the federal government to investigate the source of the sophisticated weapon in procession of the terrorist group and at the same time unravel their financiers adding it is the time the government consider the possibility of blocking these satanic avenues as part of the strategies of winning the war.

Prophet El-Buba also warned the political class to desist from playing politics with the state of health of President Muhammadu Buhari adding some politicians are using the situation to hold the country to ransom for their selfish end.

On restructuring, Prophet El-Buba said there is the need to change the game plan for the country “We cannot continue to do things the same way all the time and expected good result, 2014 CONFAB report is there to guide us, it contains quite a lot of things that can move the nation forward instead of wasting resources and time on another committee to look at the issue.

“The Governors Forum, Northern Governors forum committees and other committees on restructuring are waste of time, and if the government is bent on doing this, let there be independent committee made up of members that are not partisan from different parts of the country to look at the report.  All these committees cannot do a thorough job; moreover, the north is no longer one,” he said.