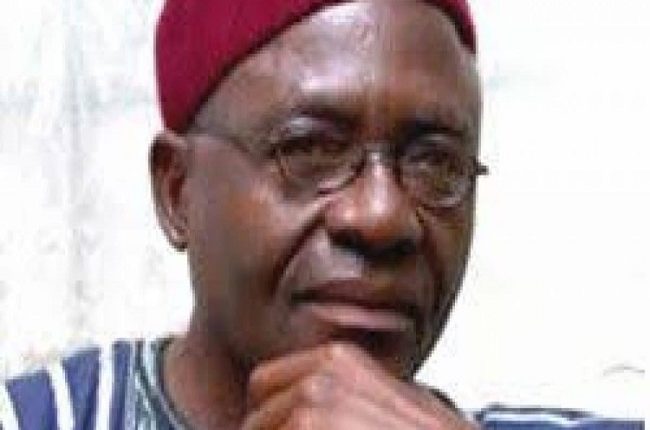 General Zamani Lekwot(retd) has said the time has come to effect changes in their distorted history which he alleged was carried out by the Hausa-Fulanis who changed the names of their villages and towns of Southern Kaduna.

He made this known during the inauguration of Southern Kaduna Peoples Empowerment Foundation (SKPEF), headed by Apostle Emmanuel Kure.

General Lekwot who is a southern Kaduna elder and one time former military Governor of Rivers State remarked that ” when I was chairman of the Board of Trustees of sokapu over 10 years ago, I thought about the idea of this foundation. ”

According to him, “this is an idea whose time has come and nobody can stop it. This foundation is to beam a powerful torch on the plight of our people and bring development in our community.

‘The time has come for us to rise up and rescue our people out of obscurity. The foundation should make transparency and accountability its watchword. This is because our detractors will be looking for loopholes against us.”

“I think God has woken us up from our sleep and I pray that you remain focussed. There are some people somewhere who don’t want sokapu to succeed. So, you and your team should guide your lions”.

Lekwot who lamented over the lack of development in southern Kaduna and the move made to change the native names given to the communities and replace them with Hausa-Fulani names remarked that “my father told me the original names of the Communities which have been changed today”.

He said: “there are also people who want to colonise us and they want to change history. They change the names of our chiefdoms and imposed other names. We have to protect our land and history.”

“They have changed the names of our lands and want to impose a history, but God has helped us today. The time has come to effect an effective change and defend our land and our people.”

SOKAPU President, Jonathan Asake in his remarks, pointed out that the Foundation was born out of necessity”, noting that “When we came into office, “people were speculating that sokapu will be in disarray and its election will not hold because sokapu was not registered and that sokapu was more of a political organization”.

He said: “But, we knew that it was our detractors that were going all about with the propaganda. Sokapu is a socio-cultural organization and also, just like any other association, under a constitution.

So, we decided to have an NGO that can approach donor agencies, registered with a legal entity and we came about this NGO as a body that is being inaugurated today.”

“This is as a result of the attacks that are being waged on our community, the ravaging challenge of COVID-19. Hitherto, sokapu finds itself as a humanitarian organization because of the unrelenting attacks on our people scattered in several
communities. However, this challenge of providing for funding for humanitarian services has to be undertaking now by SKPEF.”

” This NGO can approach donor agencies, individuals and groups for humanitarian assistance for our people who are victims of armed Fulani herdsmen.”

Asake, however, listed the names of the 9- member Board of SKPEF, as Apostle Kure, Obadiah Mailafia’, Yakubu Andrew La’ah, Hawa Shekarau, Solomon Musa, himself among others.

Meanwhile, in his inaugural speech, the Chairman of SKPEF, Kure said: “We are set to give Southern Kaduna a new outlook with the inauguration of this Foundation. With this history made today, many fathers of Sokapu who have died will lift their eyes and rejoice for this act of history by Sokapu. ”

According to him, ” This raises hope and it also indicates that we are beginning to think outside the box.
And it also means we are beginning to deviate from just activism to putting our heads together to usher in development and rescue our people. For us, this is a great milestone and challenge.”

“If this had not happened, Bishop Kukah and I had actually wanted to create a platform to set up a self-development association for southern Kaduna. ”

“I said it about a month ago at the CAN rally here in Kaduna that if the Government is not willing to develop us, we can
take up our own platform for self-development and also rescue our people. And I see this Foundation as an opportunity to start looking and working in that direction”.

The empowerment foundation according to him was the aim of rebuilding the communities that were destroyed during the attacks by armed Fulani herdsmen and bring succour to the hundreds of displaced victims in Internally Displaced Persons (IDPs) camps.