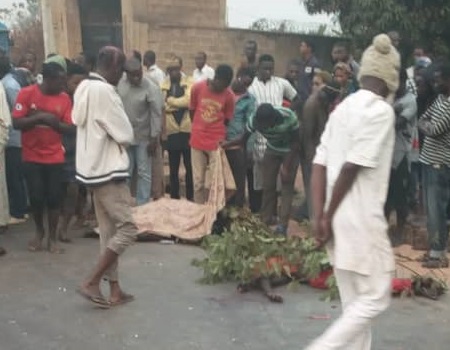 According to an eyewitness, two vehicles and Fourteen (14) Victims were involved in the crash which claimed the life of three adult males, and eight (8) others sustaining different degrees of injuries.

He said the crash occurred around 6.00 am and the bus was on top speed which ended in ramming into the stationary lorry.

He added that the bus was driven by one Ibrahim. They were on their way to Lagos from Jalingo, the Taraba State Capital.

He said the area has been cordoned off, and traffic control is ongoing. The FRSC team has also rushed the injured victims to Chukwuemeka Odumegu Ojukwu Teaching Hospital, Amaku for treatment. The dead are also being evacuated to the same hospital.

In consoling with the family of the dead and wishes the injured victims’ speedy recovery advises motorists to ensure they place adequate caution signs whenever their vehicles breakdown along the road.