Three die as car plunges into river in Bauchi 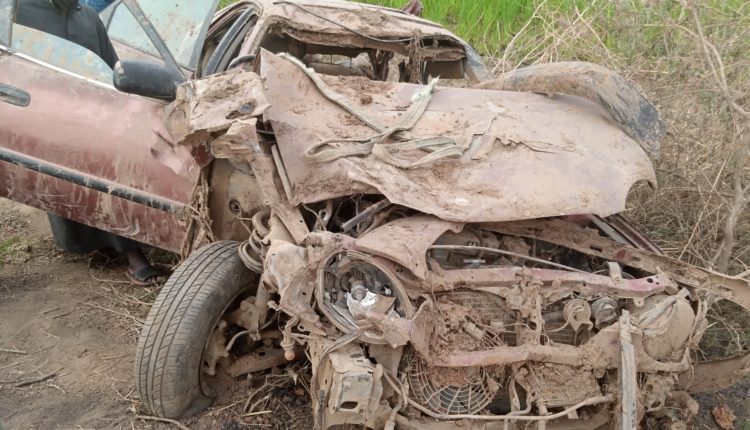 A car accident involving a Toyota Corolla private car has claimed three lives at Tashan Turmi along the ever busy Bauchi-Gombe road.

The accident was said to have occurred on Saturday night when the vehicle plunged into a river at Tasham Turmi, which is about three kilometres away from Bara in Alkaleri Local Government Area of the state.

Confirming the accident to newsmen, The Bauchi State Sector Commander of the Federal Road Safety Corps (FRSC), Yusuf Abdullahi, said that the vehicle was discovered by some fishermen after three days. 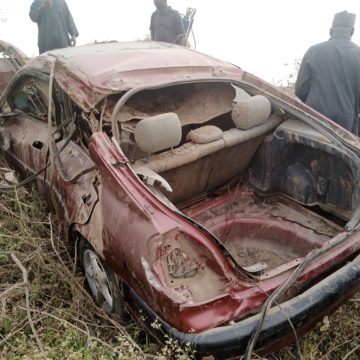 He said the incident was reported at the Bara Area Command of the FRSC which mobilised to the scene for a rescue operation, adding that when the car was pulled out of the river, its three occupants, all males, were found dead.

The FRSC Commander added that “there was a fatal crash on 12th March, 2021 at Tasham Turmi along Bara-Gombe road involving a Toyota Corolla private car with registration number AG 111-TRR.

“The driver of the vehicle who had two other people was suspected to have lost control when he entered a bad portion of the road and plunged into a river which is three kilometres away from the Bara-Gombe road.

“Some fishermen discovered the vehicle on Monday and reported at the Bara Unit Command. Our men responded immediately and pulled the car out.

“The three occupants of the vehicle were rushed to the Federal Medical Centre, Gombe, by the men of the Nigeria Police Force in Bara, where a medical doctor confirmed all of them dead,” he said.

At the scene of the accident on Tuesday, Tribune Online met one Umar, brother of one of the deceased who narrated that the accident happened at about 10″00 p.m. on Saturday while on their way to Bauchi from Gombe.

He added that after waiting for their arrival to no avail and having confirmed that they left Gombe on their way to Bauchi, a search party went through the road from Bauchi to Gombe and back on Sunday without seeing the accident.

Umar said that “we even stopped at this point but because the car was inside the river, we could not see it. We went back to Bauchi and came back on Monday, yet we did not see anything. But on Tuesday, we were called to come and identify their dead bodies at the Federal Medical Centre in Gombe.”