Those who govern us have no blood in their hearts —Kukah 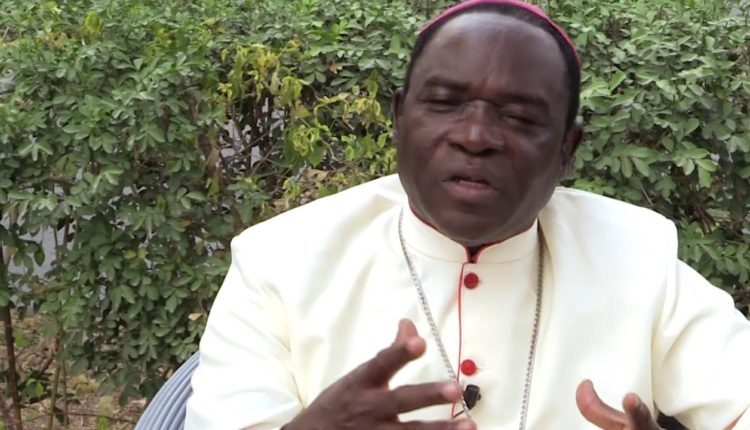 Catholic Bishop of Sokoto Diocese, Right Reverend Matthew Hassan Kukah, has said the continuous killings of citizens in the country show that the presidential villa, government houses and National Assembly are not evidence of civilisation.

He also added that the political leaders have no blood in their hearts.

He said these in his homily at the burial of Reverend Father Alphosus Yasshim Bello at Our Lady of Apostles Catholic Church, Kaduna, on Wednesday.

Reveredn Father Alphonsus Yashim Bello was kidnapped and murdered by bandits on May 21, 2021 in Katsina State.

He said: “Those who govern us are allowing the killing of citizens because they have no blood in their hearts.”

Bishop Kukah said that there is nowhere in the world where barbarity and killings of people are manifesting as it is in Nigeria today.

“The continuous murder of our people suggests that our beautiful Presidential Villa, National Assembly and government houses are not evidence of civilisation.

“How did Nigeria come to this tragic situation? We know who they are, who they believed in and where their inspiration comes from. The government has never declared the kidnappers to be a terrorists group.

“There is no ambiguity about those who are killing our people and why they are doing so and where their inspiration comes from.

“We hear and live with stories of complicity at the highest level. We as Christians can only rely on the faithful word of God,” he said.

He therefore urged Nigerians to remain steadfast in prayer, saying that God will lead the citizens out of this tragic situation.

Union suspends supply of onions to South-East over insecurity