•Shocking story of banker killed at Point of Sale in Akure 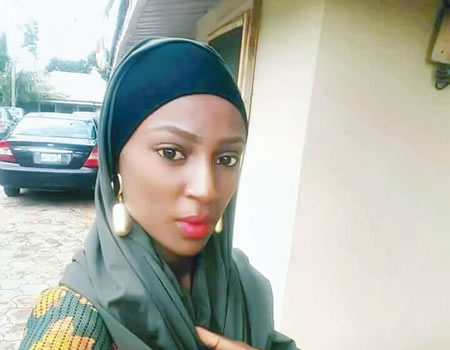 The family of a young banker, Miss Nofisat Adetutu Ibrahim, who was shot dead penultimate week, has called for justice following the circumstances surrounding the gruesome killing. Hakeem Gbadamosi writes on the development.

Detectives from the Ondo State Police command are working round the clock to unravel those behind the gruesome killing of a 29-year-old female banker, Miss Nofisat Adetutu Ibrahim. The deceased was trailed and killed by some suspected gunmen at the Point of Sales (PoS) service at Oke Ogba area of Akure, the Ondo State capital, penultimate week.

Adetutu had closed from work on the fateful day without any inkling that death was lurking in the corner, only for some three hoodlums who had reportedly been trailing her to snuff life out of her.

Two of the hoodlums, who were said to have visited the PoS centre, pretended to have come to transact business but were told there was no service, only for them to turn around and grab Adetutu and tried to strangulate her. She was said to have escaped from the shop but was not lucky as the men shot at her while she tried to raise the alarm.

An eyewitness, Mrs Folake Lawal, said the sound of the gun shot roused shop owners and residents of the area who all ran for cover but said the hoodlums left without taking a kobo from the shop apart from the handset of the deceased. She said: “People scampered for safety following the gun shot, while all the shop owners and residents ran for safety. This apparently gave the gunmen the opportunity to escape from the area before the arrival of policemen.”

A sympathiser reportedly rushed her on a motorbike to the State Specialist Hospital but she was  confirmed dead by doctors on arrival.

However, it was gathered that the young Adetutu, who worked with a first generation bank, had earlier reported a ‘threat to her life’ at the Fanibi Police station on the morning of the fateful day.

The graduate of Mass Communication from Adekunle Ajasin University, Akungba, Akoko, who was a contract staff with the bank at its Oja Oba branch in Akure, was said to be in charge of the Point of Sale (POS) allocation to customers. She had reported threats to her life for turning down the request of issuance of POS to someone.

Speaking on the events leading to the killing of Adetutu, a family member, Mrs. Aminat Ibrahim, insisted that the young Adetutu was murdered and her killing should not be seen as a case of armed robbery as earlier reported, saying the assailants did not take any money with them when they left.

Mrs Ibrahim explained that the deceased had issues with a customer over the distribution and allocation of PoS.

She stated that “All we want is justice and we don’t want the police to sweep the matter under the  carpet.

“The deceased decided to report the incident at the station when the bank manager failed to intervene as expected. The manager was aware of the threat to her life prior to the killing of Adetutu and failed to take action over the issue, but the police have started investigation on the matter.

She said though Adetutu  who was a daughter of a former Principal officer of Rufus Giwa Polytechnic, Owo (RUGIPO), had been buried according to Islamic rites in her hometown in Ikare Akoko, the family demanded justice and urged the police not to sweep the case under the carpet.

“All we want is justice and we don’t want the police to sweep the matter under the  carpet. She reported the matter to her bosses in the office but they did not take any action to protect her”

Adetutu obtained a National Diploma (ND) in Mass Communication from the Polytechnic and BSc in the same discipline from Adekunle Ajasin University, Akungba-Akoko (AAUA). She joined the bank after her Youth Service

Adetutu’s fiance, who spoke in confidence with our reporter also said that his life was equally threatened by her killers for trying to intervene in the matter. “I was told on the phone that my fiancee would be beaten, and also stripped naked in the open market.

“She was attacked in the evening on Wednesday. The killers strangled and broke her neck. She tried escaping to (an) open space but unfortunately for her, they shot her in the chest and she died,” he said

However, the Police Public Relations Officer in the state, Mr. Femi Joseph, confirmed the arrest of three suspects but declined to disclose their identities. He said investigation had commenced into the matter.

He said “We have three people in our custody and they are helping us in our investigation. We will surely arrest the perpetrators.

“We are investigating and we want to assure the people that we will leave no stone unturned to make sure the perpetrators are brought to justice”.

Xenophobic attacks: ‘If you fight them, they will lock you up even when the attackers are caught with guns’