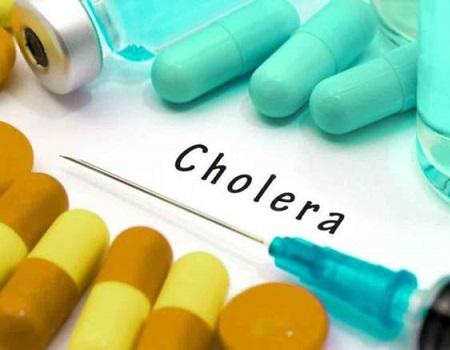 The Commissioner for Health in Oyo State, Dr Bashir Bello, says there is no evidence to back recent claims of a cholera outbreak in Lagun Village of the Lagelu Local Government Area of Ibadan, Oyo State.

This is contained in a statement issued in Ibadan on Wednesday by Mr Taiwo Adisa, the Chief Press Secretary to Gov. Seyi Makinde.

According to the commissioner, the state Ministry of Health has submitted the report of its technical committee that investigated the claim of a cholera outbreak in Lagun village.

The report, entitled, “Re: Rumours of suspected cholera outbreak in Lagelu LGA of Oyo State,” was signed by the Commissioner.

The report, Bello said, indicated that investigations by the state’s Epidemiological Team, including the Disease Surveillance and Notification Officer (DSNO) and the LGA Teams in Lagelu and surrounding LGAs, showed there was no evidence to back such rumour.

Bello added that the team dispatched to carry out the investigation has also not shown any fresh grave or fresh burial ground to ascertain claims of mass death.

He, however, stated that the ministry had pre-positioned antibiotics and intravenous fluids at the state’s health facility in Lagun to prevent an outbreak of cholera in the area.

The commissioner said findings from the field showed that the ailment recorded affected only four individuals and not 10 people as claimed in the media.

“There was no evidence to back the claim of six deaths,” he said.

He maintained that the ailment could be ascribed to poor hygienic conditions, adding that the ministry also suspected cases of gastroenteritis or likely food poisoning.

The report, he said, stated, “The Ministry of Health received reports of suspected cases of cholera in Lagun Village on Friday, 6th of November, 2020.

“Following the notification, the state and the LGA surveillance network began intensified action at investigation and response, and findings from the field investigation are as follow:

“Ten (10) cases of diarrhoea and vomiting were reported to have occurred in Lagun Village by members of the community. Six of the cases were said to have died.

“But, upon investigation, no freshly dug graves were found in the said community and we only found two cases at Faith Clinic, Ejioku, and another two cases at the Lagun Rehabilitation Centre, both private hospitals.

“All four cases are alive and are no longer stooling, therefore, stool samples could not be collected from them for confirmation of the aetiological agent (causative), while they have also been treated and stabilised.

“We, hereby, confirm that with the active efforts of the state epidemiologist and his team (DNSO, LGA Team in the affected LGA and neighbouring LGAs), no real death attributable to cholera had been confirmed.

“The reported deaths were neither seen nor traced and, therefore, cannot be attributed to the cholera outbreak, as no patient within the community actually reported to any government or local government facility in the said local government.

“The ailment recorded (and deaths, if any) could be ascribed to very poor hygienic conditions and we suspect cases of gastroenteritis or likely food poisoning in the affected community.”

The commissioner, however, added that the state has begun an active case search in affected communities and neighbouring states, as well as community engagement and enlightenment on the prevention of diarrheal diseases, including cholera.