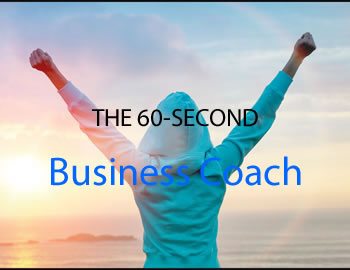 People often see leadership as a trait rather than what could be acquired or achieved. As the saying goes “not all are born to rule or lead”. This has instilled the misconception that the attributes of effective leadership are for only those born with “silver spoons”.  By choice, hierarchy, position or by endorsement, an individual will find him/herself in the position to lead at a particular time or stage in his or her lifetime. Whether you aspire to be a manager at work, an entrepreneur, or even as a parent, you need to possess these essential habits to lead your followers effectively.

According to the saying, ‘dress the way they want to be addressed’, in the same way, an effective leader should carry the quality of being outstanding in their personality to gain the desired respect. Good leaders are often distinguishable and set positive examples in every aspect of leadership.

The self-consciousness of being professional in the way you carry out your daily tasks will earn you confidence from the people you lead. Your principles, views, actions and relationships with people should be distinguished. You will need to execute plans or skills with dexterity and prudence.

As Winston Churchill once said, “The nation will find it very hard to look up to the leaders who are keeping their ears to the ground.” Thus effective leaders should always carry great interpersonal skills. Leadership entails communication. Not just speaking, but any good relationship should be mutual enough to allow for both speaking and listening. What effect is communication, if it only involves speaking?  A good leader should create avenues to listen to the people he or she leads.

A strong presence of your personality, the charm that revolves around your aura inspires other people around you. It can be labelled as a personal magnetism that attracts people of both ordinary and great personalities. It is the force that draws fans to musicians, loyalists to great leaders, business partners to business magnates. And it inspires followers or employees to unite together in a common pursuit of goals.

A highly-effective leader should get into the habit of understanding scenarios which includes making judgments. They should be able to view situations both from their perspective and those of the characters involved. Discernment is considered a virtue, especially in leadership. A highly effective leader should possess the virtue of discerning between wrongs and rights. Making unbiased judgments will gain trustworthiness and belief from the people you lead.

Offering eloquent presentation is a very effective way of imparting strong messages that will allow a speaker to win his or her listeners’ hearts and keeps them yearning to hear more. A vocal leader who passes messages across in a colourful, commanding, yet humble manner will be a role model to many. Most great leaders speak to their followers in a manner that leaves them well respected.  Theresa May earned the respect of her colleagues when, in her persuasive, yet humble manner, she addressed the British Congress in calming fears over the controversial “Brexit”.

The ability to show a strong desire and determination to succeed is what motivates people to be chosen as leaders. Being ambitious is to believe in oneself. An ambitious leader is the one that has the ability to use their energy to drive their plans and ideas towards attaining a successful goal.

You must be able to think or plan the future with imagination or wisdom.  Vision is the guide that directs all successful leaders. You should be able to come out with a vision and plan on a roadmap to success in any organization you want to lead. “I have a dream” made the introductory part of the speech delivered by Martin Luther King Jnr, during his emancipation proclamation in August 1963. He had a vision that his people would be emancipated from racism which was a dream come true. The awesome leadership of renowned organisations all started with visions (however small they may be) that made them the most talked about brands.

Be a lady or a gentleman of integrity. Possess qualities of honesty and have good moral principles. Integrity is all about doing the right thing; even when no one is watching. Integrity is an ethic all great leaders should possess. It entails moral principles and actions of high values worthy of emulation. Act at all times according to your integrity that cannot be influenced by wrong practices or prejudice. As Dwight Eisenhower once said “The supreme quality for leadership is unquestionable integrity, without it, no success is possible, no matter whether it is on a section gang, a football field, or in an office”

Work in synergy with members of your team.  Seek members’ opinions and come out with the best-fit ideas in setting goals. Planning together, working together and achieving a common success will not just give you (as a leader) the much-deserved applause but will generate a lively team-spirit that is willing to work efficiently on subsequent future projects. Teamwork brings unity and strengthens bonds between a leader and members of his or her team.

The happiness and quality of life, both material and psychological should be of priority to any great leader. The most remarkable thing all great leaders, either dead or alive, are remembered for is their selflessness.  A highly effective leader is the person who shows concern for people’s welfare. They realize the personality of others and respect their civil rights. Self-centeredness and egoism are habits that should be discouraged.  Effective leaders should show selflessness in the ways they manage their teams.  Be ready to sacrifice (wisely) for the benefits of everyone.

The resurgence of Lassa fever

Why companies need creative leaders in the future of work

The framework all leaders need to build a better normal