The sociology of Nigerian hushpuppism 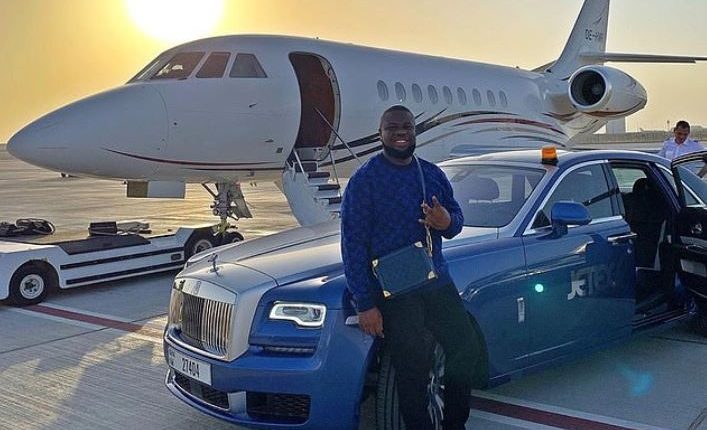 THE arrest of Nigerian-born RamoniAbass, with Hushpuppi social media identity and his gang in Dubai over alleged transnational cybercrime during which nearly 2million were ripped off, unveils how deceitful living is ubiquitous, celebrated and elevated above moral uprightness in Nigeria. ‘Hushpuppism’ is a survivalist strategy which deliberately distorts reality in relation to what is earned, how it is earned and the revealed identity. The revealed identity has two parts: the actual and the framed identity. In relation to the former, only the acting individual and the gang keep this close to their heart. The framed identity is that part of human life that is portrayed to outsiders as the actual. To break this down, there are many contemporary politicians in Nigeria who portray themselves as followers of late Sage,ObafemiAwolowo’s ideology but their actual realities have betrayed them. Just as the followers ofAwolowo’s political ideology call themselves Awoists and dress alike those who believe in hushpuppism as ideology of living are ‘hushpuppies’. How can sociology help to unpack how our collective negligence birthed and nurture hushpuppism from pre-colonial to a more daring and endemic dimension in 2020 Nigeria?

I had gone to Bodija market in Ibadan to buy beans. The woman bean sellerfixed her price per kongo(the measuring container)at N400and was not ready to reduce to my offer of N350. As I made to leave to try my luck elsewhere she called me that I should come and pay. While she was measuring I realised she changed the kongoto a smaller one that would make me lose some cups. I challenged her for using a fraudulent measurement for me. She said that she would not allow me to go and buy it elsewhere since I insisted on paying N350. She then said in Yoruba “mo jewootito fun yin nitoriJesu o niipe de” (I confessed to you because Jesus will soon come). This ‘heavenly’ candidate rips customers off everyday but wanted me to see her as a child of God through confession yet, she failed to change the measuring plastic. On another day at Eleyele, I had packed to buy vegetable from the road side sold for fifty naira. I deliberately gave the seller hundred naira and waited for balance. She pretended as if she was waiting for me to ask for another item. I strolled away butshe failed to call me back for my balance. She made extra N50 through deceit. We complain about those leading the country as wicked but the masses are wickeder. These are people on the lowest rung of the ladder victimising another person to enrich themselves. This is the character of the Nigerian social institutions which nurture variants of ‘hushpuppic’ norms and values.

From the family, parents nurture their children to lie. When driving with children inside the car, they drive against traffic while the wife smiles that her husband is smart. They go ahead to arrange special centers for exams, pay for examination questions, buy admission space in the universities and continue to lobby for their children to graduate. The person who has never been socialised to follow normative standards cannot get to the position of authority and behave well against others. This births the corruption relay race where the next is waiting for the baton holder to handover to him/her to continue the looting. In the school, money rules how the teacher relates with pupils. No sound moral teachings. Parents won’t allow punishment of their children. They induce poorly paid teachers to tinker with marks. Their kids progress in life in error. They are socialised to take shortcut to achieve their goals. After all, Falz song says eni to mo way lomoiwe(those who understand how to scheme their ways to success in school are the bookworm). In the University they can’t be different. They arrange with their corrupt lecturers in a transactional dealing to award marks instead of reading to pass.

The political institution inherits these bad apples. Their campaigns are founded and erected on lies. Since they are in a familiar terrain, they buy their way to power. Once in power, they begin to run government of the few, for the few, enthroned by the deceived majority. They award fat salaries and allowances to themselves and watch the civil servants dwell in the dungeon of hopelessness. It does not matter the slogan, whether change begins with me, or rebranding, fleecing of the common patrimony is a shared norm. They would deceive labour Unions into signing agreements that would not be honoured yet they expect the youth to behave honourably. The doctors, nurses, scientists and researchers who are being called upon to rescue the nation from COVID-19 are among the neo-colonial slaves battling for independence. You then wonder why the best would leave our system while those who lack interest of the system are emplaced. This again nurtures hushpuppic culture.

Religious institutions also get their leadership from this structure. Not many wait for God to call them again; they would rather pick their phone to call God. After all, did Adekunle Gold not sing Baba God pick up the call? As a product of a deceptive foundation, they nurture accumulation of wealth by deception through their preaching and use the proceeds of deceit and looting to erect cathedrals and Mosques and acquire conspicuous consumption. Religious leaders have lost their voices to fight ills in the society; rather, they encourage cutting corners through their unending levies on members. They provide special seat for fraudsters. A ‘philanthropist’ receives greater attention while the source of money does not matter to them. They pray that the source will not run dry yet we wonder why corruption is becoming endemic. The congregation also wants to dress and ride luxury cars used by clergymen. They also go into the world, con people, short-change the system and return to the spiritual centers with money from questionable sources.

It is in this country where first class graduates are relegated that those with questionable degreesare paid millions! Since pensioners are punished in Nigeria, those still in service find time to take enough for post service life. Many even have actual and official age due to uncertainties. A value explains what is desirable and worth pursuing. I often ask students to tell me the value of Nigeria. They tell me Corruption is our value. They see political party admits those derided for stealing and call them saints. As they lay the fruits of deceit, lies and disloyalty crowned with mindless looting, the incoming ‘dealers’ of the 5-generation (5G) moves at higher speed. This hushpuppic thinking is what produces new generation of pilferers.

Some criminologists believe that all criminals are rational to the extent that they weigh the benefit and cost of their actions. They will commit crime if benefit outweighs the cost. While some othersargue that crime is caused by the social structure of the society which makes deviance and crime possible, others talk about the behaviour of the criminal law. Taken together, understanding the sociology of deceitful living, which I have carefully tagged hushpuppism is important to see how the culture of deceitful leaving is caused by the society. It also unpacks the role of all of us in this dubiousness and the rationalising of filthy behaviour. To turn the tide, parents must stop circumventing the system for their children, schools must insist on merit and government must address systemic injustices. That is when we can win some souls away from the rampaging kingdom of hushpuppism.

Of dance, kingdom and savagery

Tambuwal and his strides in Sokoto