The President versus democracy and Nigerian youths 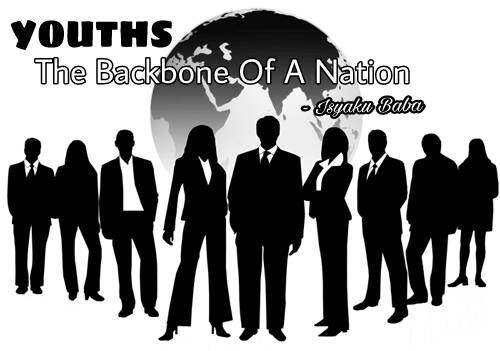  When the senate was invaded on Wednesday and the Mace stolen by hoodlums led by the Leader of Buhari Support Group, who is also a suspended Senator, a major pillar of our democracy was desecrated under the devious attack.

This premeditated act is ordinarily a treasonable offense in a normal democracy but in our case the staunch support of the rulership (Presidency) lends it validity thereby impeding our democracy.

I declare to the “President”; Nigerian youth are not the problem of our country, dishonest, recidivist geriatric rulers are our Achilles heel.

The National Assembly (both the Upper and Lower Chambers) have demonstrated good leadership where the Executives have failed woefully. Remember, remember the theft of the 2016 budget from Senate by the same Presidency? A Latin Common Law maxim states “Let the master answer for the sins of his subordinates.”

His supporters are responsible for disruption to Law and Order, murdering innocent Nigerians and committing various treasonable offenses, because they enjoy the protection by the autocratic administration. This all ends in 2019.

It is regrettable that the President assumes that the character of Daura youths, Buhari support group and the BMC is representative of the character of the wider groups of Nigerian youth. You are sorely mistaken sir; your circle of support is proliferated with the grossly myopic and entitled, on the other hand, the Nigerian youth are insightful and creative.

Despite being the most populous, the youth of Nigeria, are not as informed as they ought to be about the workings of a true democracy and for this shortcoming, I hold them accountable. All they need to do is to hold the President answerable to the criminal acts of his agents/supporters. #VicariousLiability

Nigerians have had enough of a badly run administration who delights in toying with out intelligence while playing to gallery of the World’s super powers.

Get your PVC and be ready to defend your votes for your children’s sake. The aberration of now today must not be perpetrated any further. The power belongs to the people who use their voice in United way. Seize the opportunity and secure the future of Nigeria.

Mr Awosanya is a political analyst and commentator

Herdsmen menace: We have no govt in Nigeria if killings don’t stop in 5 months ―Soyinka

Where are you from? – Buckingham palace’s ethnic baiting?

Garlands for the quintessential Ukana-born politician @ 60