The Power of Positive Leadership 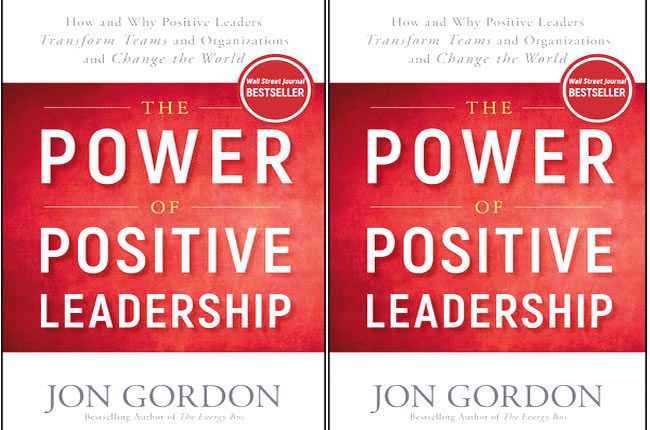 “Your most important job as a leader is to drive the culture,” says Jon Gordon, author of The Power of Positive Leadership and a consultant to Fortune 500 companies. Building a culture is not a job you delegate.

“You must create a positive culture that energizes and encourages people, fosters connected relationships and great teamwork, empowers and enables people to do their best work.”

You build a great culture by answering two questions. What do we stand for? What do we want to be known for?

Your actions will answer both questions. What you do will matter far more than what you say in memos, meetings and speeches.

“As a positive leader, you can’t just show the way and talk about the way. You must also lead the way. If you don’t set the example and live the values – if you aren’t on a mission – your culture won’t come to life,” says Gordon.

Positive leaders build positive cultures and organizations loaded with people on a mission.

They also do eight other things that transform average organizations into great places to work.

They create and share a positive vision for a brighter and better future that keeps everyone moving in the right direction.

They lead with optimism, positivity and belief.

They create united and connected teams. “Unity is the difference between a great team and an average team.”

They build strong relationships. “People follow the leader first and their vision second. What you say is important but who you are is even more important.” Invest in relationships, bring out the best in others, coach, encourage, serve, care and be someone that others can trust.

Positive leaders pursue excellence. “They are always looking for ways to transform what is into what could be,” says Gordon.

They lead with purpose. “Purpose is why you wake up and want to transform your team and organization and change the world.”

And they have grit. “Positive leaders find a way to navigate the roadblocks or run through them to move closer to their vision and goal.”

Gordon shows how even the most pessimistic among us can become a more positive person and effective leader.

He confesses to once being a fearful, negative, stressed-out and miserable husband and father. An ultimatum from his wife forced Gordon to change his ways.

“When I was young my dad struggled with himself,” Gordon’s daughter wrote in her college admission essay. “But over the years, I watched my dad work to become a more positive person. Then he started writing and speaking about it and sharing his message with others. I saw people change for the better and I know that if he can change, and they can change, the world can change.”

Would the people you lead and live with say the same thing?

The Power of Pressure

Leadership and Self Deception: Getting Out of the Box

From Values to Action: The Four Principles of Values-Based Leadership