The ordeal of farmer Oyetoso 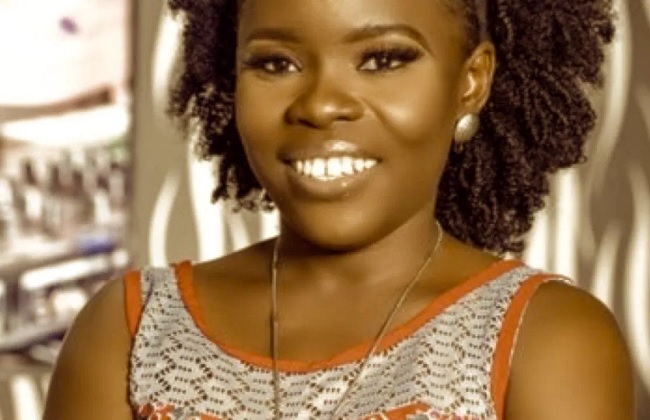 CITIZEN Modupeoluwa Oyetoso, a young female entrepreneur who owns a farm in Lanlate, Ibarapa East Local Government Area of Oyo State, is currently disillusioned not just because of her recent encounter with kidnappers which sadly culminated in the death of her fiancée but also because she has just realised that she stands the risk of being kidnapped again if she continues her farming business in that environment.  The knowledge that two separate incidents of kidnapping had occurred shortly after her own in the same environment made her comprehend how perilous that location is for business. According to her, while returning from her farm in Lanlate in company with her fiancée, some hoodlums waylaid their car, killed her fiancée and abducted her. From all indications, the outlaws probably wanted to abduct one or both of them but her fiancée who was behind the wheel incurred their wrath for trying to manoeuvre the car to escape the attack. After that, she was abducted, dragged along the forest under the rain, kept in a dehumanizing condition and subjected to death threats, despair and helplessness. She was released two days later but not until her father had personally delivered a ransom in millions of naira, which she even met the yobs counting.

One really disturbing revelation from the young lady’s predicament is the illusion of the waning criminal activities of Fulani kidnappers in the South-West: a false impression that is apparently being fed by the deleterious but burgeoning culture of silence by kidnap victims and members of their families. Citizen Oyetoso confessed that she did not appreciate the seriousness of insecurity in her farm’s neighbourhood until she lived it not because untoward incidents were not happening but because victims simply counted their losses and moved on without sharing their experiences.  For instance, it was after Oyetoso’s incident that it became public knowledge that more than 10 members of the Ibadan branch of the Poultry Association of Nigeria had been victims of kidnappers within the last five months. It was as bad as that.

The regime of taciturnity by victims, on the other hand, was allegedly occasioned by the official involvement in the previous cases of kidnapping which were largely ineffectual. It is even believed in some quarters that getting the police involved in cases of abduction tends to compound the challenges of the victims rather than solve them. Whether or not this notion is correct, it is symptomatic of citizens’ gradual loss of confidence in the capacity and/willingness of the State to protect them and that does not bode well for the image of the government and the kind of relationship it is supposed to have with citizens. What is the essence of government if citizens have a veritable sense of insecurity or are victims of violence perpetrated by non-state actors, and yet cannot hope that succour will come from the government, which is supposed to have the monopoly of violence?

Nonetheless, it is imperative that survivors/victims of kidnap incidents speak up so that other people can learn from their experiences, and also to prevent the muggers from having a field day. This is what secrecy about their activities and a sense of impunity tend to give them.  The consequences of the seeming official dereliction of duty are grave. Already, some farmers in the affected location are reportedly abandoning their farms; those who chose to stay are living in fear, believing that they could be the next victim, while many would-be investors in agribusinesses have begun to have a rethink. It is really concerning that this state of affairs may also apply in the other agricultural belts in the South-West. And when this painful development in the South-West is added to the disruptions to agribusinesses occasioned by the activities of killer herdsmen, armed bandits and Boko Haram insurgents in the North- Central, North-West and North-East respectively, it is needless saying that the country’s pursuit of food security is in jeopardy.

For the umpteenth time, we urge the security agencies to reset their strategy to tackle insecurity in the land. It is evident that the current approach is patently ineffective. There is the need to prioritise prophylactic measures over the usual  reaction to incidents of crime. Community policing should be activated and deployed to prevent criminal activities in the local areas. Fortunately, the Federal Government has just reportedly voted a sum of money for this initiative and it is hoped that the police will latch onto this opportunity to reduce local crimes.  It is also gladdening to learn that two of the kidnappers have been apprehended by the police; one is said to be a Fulani and the other Yoruba.  What that suggests is that the Fulani kidnappers are working hand- in-hand with some unscrupulous local collaborators to perpetrate their nefarious activities in the zone. The police should investigate this incident painstakingly and ensure that the perpetrators are brought to book.  They are also enjoined to take advantage of the arrest of the  felons to dig into the roots of criminal activities in the area with a view to stopping such dastardly acts permanently.

Why I Resigned From NIPSS — Mailafia
The FORMER deputy governor of the Central Bank of Nigeria (CBN) Dr Obadiah Mailafia, has stated that he tendered his resignation as the Chief Operating Officer of the newly-established Centre for Financial Economics at the National Institute for Policy and Strategic Studies (NIPSS), Kuru, in Plateau State out of moral conscience over the killings in Southern Kaduna and other parts of the North… Oyetoso | Oyetoso | Oyetoso