Opinions
By By Omowaleayo Wale-Olaitan On Apr 27, 2018 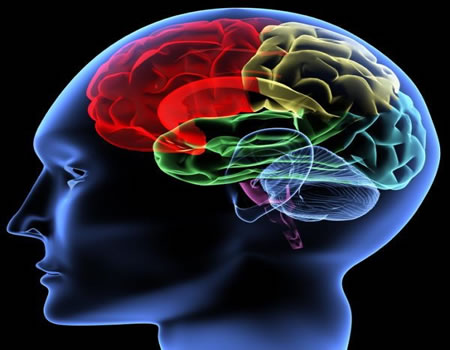 IT is 2018 and maybe for the first time in human history, the world is experiencing a revolution that is breaking the silence on sexual harassment. More and more females are finding their voice and speaking their truth and we are all forced to listen. For what it is worth, the internet and computer revolution is aiding women to expose their predicament in this area.  And now, it has come home, right under our own noses here in Nigeria. We are exposing the rot in our own institutions, showing how a place that is supposed to be for rigorous and higher learning is reduced to a haven of terror and pain especially for girls. Nigerians are aghast at the sex for marks scandal involving a professor and one of his female students at the Obafemi Awolowo University, Ile-Ife (OAU).  Justifiable anger and disgust have been expressed about the conduct of the professor but I would think that it is very important for us to take some time to consider the horror and mental agony that victims of sexual harassment undergo as part of our consideration and condemnation of this ignoble act. This hopefully should reinforce our determination to combat this cankerworm.

To be sure, sexual harassment is not just an attack on the physical person, it is a mental attack. It is as if the abuser is saying, ‘ You are not worthy of being treated with respect and dignity, you are nothing’.  And as a victim facing a person with so much power, take for instance the OAU case where the lecturer is the predator, it becomes impossible to fight because she starts to wonder,  “How many people will believe me? What will they say I have done wrong too?”  It is this reverse notion of guilty that makes it a violation of an individual’s pride and dignity, the very essence of who the person is. That sort of violation can have lasting effects on the victim. It can create problems that will last forever. It starts with fear and anxiety, the constant feeling that she is in the wrong and inviting the attack. A lot of times, victims think it is their fault and there is nothing they can do about it. So they soldier on and on until it gradually starts to affect their minds, the very basis of who they are.

Unfortunately, too often we ignore the mental agony that sexual harassment causes. The anxiety, the trauma and the broken pieces the victims are left to pick up. Sexual harassment attacks a basic tenet of personhood – self- esteem. It attacks the victims’s self esteem in such a way that the individual starts to see herself as a tool in the hands of the abuser.  It leads in effect to sexual objectification, as she starts to see herself as only as good as her body. It becomes a constant fight, a battle within as she slowly loses her worth and hand over the reins of her own life. And the abusers? For them, it is not just sex, it is a power play.  It is about overpowering the other person and validating his own self just because he can. When the lecturer asks for 5 times of sex for a pass mark of 40, what does that say to the victim?  That her body is only worth “that mark”. The mental degradation, the feeling of powerlessness, that she really cannot do anything to fight it, that no one will believe her. It gradually destroys the victim. It is an attack on her very identity.

The trauma and angst that sexual harassment brings has led to depression, anxiety disorders and even PTSD ( Post Traumatic Stress Disorder) for some women. The feeling of being dirty and used starts to affect their whole outlook to life so that they begin to make decisions that reflect that feeling. They start to do things that make them feel worse and act worse and create a cycle that never ends. For some, the very thought of it triggers memories that leave them sick and depressed. It has even led some to commit suicide.  A psychology professor, Jennifer Freyd, points out three phenomena that harassment victims often experience: betrayal trauma, betrayal blindness and institutional betrayal.  A betrayal trauma can occur when a boss or mentor abuses a positive relationship to harass the victim. That kind of trauma thereafter often results in betrayal blindness, which is when a victim intentionally looks the other way to prevent confronting those feelings of betrayal.

Institutional betrayal usually occurs when a company or organisation does nothing to prevent or end harassment (or in some work cultures, even encourages it). These three phenomena easily explain some of the various causes of mental agony that victims have to go through. It is mostly not just institutions that betray them but even society as a whole. When we hear these stories, we begin to ascribe blame to the victim rather than the abuser. It becomes, Did she dress well? What did she wear? How did she look? Rather than, “Why did it happen? And what should be done to punish the offender in order to use that to dissuade others?  The relative blindness of the whole society creates terror and anxiety for the victim and ultimately,  destroys her mental health. The fact that even now, victims are still blamed, are still shamed on whether they speak up or not, whether they react or not, is in itself the ultimate betrayal. The mental trauma that accompanies sexual harassment is one many of us can only just imagine no matter how hard we try and that in itself speaks a lot about the lack of concrete care for this issue in our society.

Sexual harassment has led to broken homes and broken dreams. It is about silent tears and violent cries; it has affected lives and people, real people. These victims are daughters, mothers, friends, sisters and while the stories may not always affect us individually, it affects people. It does not just affect people physically, it affects them mentally. It changes their lives in ways we can only but imagine and if like me you always thought they were far away stories, it might be closer than you think. It would therefore be in order to use the current OAU case as a wake up call for the whole society to rise up to confronting sexual harassment because of its immense negative cost to not just the victims, but the entire society.

The church on the state of the nation