The making of great companies 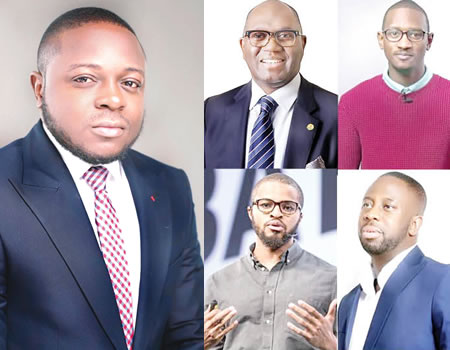 No company ever starts out with the intention of failing. Every company hopes to become so great and successful that not only will it yield heart-warming returns to its owners, but will also become a standard for others. But neither greatness nor success responds to wishes; they are a result of doing what is right consistently. Therefore, while every company aspires to be great, only a few experience it.

Here are some features of great companies.

They have resourceful leaders

Leadership is about deploying available resources to achieve desired results. But since resources are rarely sufficient, a leader must deploy his resourcefulness in managing available resources to achieve corporate objectives. Hence, resourceful leaders redefine what is possible. They do not allow any difficult situation to box them into a corner. They do not define their aspiration by the limitations experienced by others. Resourceful leaders stop at nothing to get what they want; they either find a way or make one.

Resourcefulness goes beyond doing more with less; it is the ability to optimize available resources to achieve set objectives. Resourcefulness is coming to the realization that the leader and his team are capable of doing more than they initially thought possible. It is looking inwards and outwards to get a problem solved. Being resourceful has less to do with insufficient personnel, tools or funding but more to do with deploying available resources into finding a way out of a maze. Hence, every complaint about inadequate resource is an admission of deficiency in resourcefulness. Resourceful leaders can always get any resource they need by making use of the available ones.

In addition, resourceful leaders are adept at simplifying matters. When a challenge is left as a whole, it can be intimidating and may appear invincible. But part of the responsibility of a leader is to deconstruct problems. By breaking down a seemingly complex matter and stripping it of all the coverings, the real issue is revealed and the leader is able to deploy available resources to get the task accomplished. Leaders simplify a problem by asking some pertinent questions about the matter. By asking the right questions, the leader gets the right picture about the situation and is able to come up with the right solutions.

They have result-oriented workforce

A result-oriented workforce, just like a resourceful leadership, does not stop at anything until the desired end is achieved. Result-oriented employees are those who share the company’s vision and philosophy and are determined to give the whole of themselves to the realization of these. So, they are in the organization with a view to building a career by contributing their own quota to the realization of corporate goals. They are in the organization for the long haul, not just for what they can get. Consequently, they are not discomfited by temporary discomfort. They always see a silver lining in the company’s cloudy sky. They are not interested in jumping ship because they believe in the organization’s vision. Such employees are self motivated. They do not wait for any prodding; they flow naturally with the company’s tide. Belonging to the organization is enough stimulus for them. With such people on the staff, every mountain is scalable.

Nigerian companies had it quite rough in 2008 as a consequence of the global financial meltdown. The global economic downturn resulted in the Nigerian Stock Exchange (NSE) losing about N7.6trillion (about 60 per cent) of its market value, while prices of shares quoted on the NSE crashed by about 400 per cent with investors losing about N400billion. Banks and other financial institutions also lost a lot of money, importers of fuel ran into serious crisis because of the meltdown and so did airline operators who witnessed about 30 per cent reduction in patronage. However, while many companies posted losses or a huge slide in profit, a number of companies ended the financial year on a strong note. In 2008, First Bank of Nigeria grew its earnings by N51.3 billion from N79.299billion in 2007 to N130.6 billion. Similarly, the bank grew its profit after tax from N18.3billion in 2007 to N30.4billion in 2008.

So, external factors do not consign a company to failure. Companies that want to go far do not use it as an alibi for condoning failure.

But companies that want to go far do not travel that route. Their actions are guided by their aspirations. They know that success does not happen by happenstance. Therefore, they know that getting what they want will cost them something and they are willing to pay the price. They eventually become successful because their actions are in consonance with their vision.

Businesses exist to satisfy customers. Without ensuring customer satisfaction, achieving long-term corporate objectives will be a mirage. The customer is the oxygen that keeps any organization going. As a result, customers should be treated as the essence of the business. Everything that is possible should be done to make the customer comfortable. One thing that any company that wants to go far should not underrate is customers’ convenience. Research has shown that many customers will change their service provider if their convenience is not of utmost importance to the provider.

One other thing that should be of great concern to companies is customer service. Customer service is the process of ensuring customer satisfaction with a product or service. This usually takes place during a transaction, which may be in form of an in-person interaction, a phone call or self-service systems.

One feature that stands out successful companies is their knack for sniffing out opportunities. They do not wait for their ship to come in, they swim to meet it. Every company that aims to achieve success must always be on the lookout for opportunities and should be able to identify same before they become public knowledge.

The population of alcohol-consuming Nigerians is quite huge but no company in Nigeria was fast enough to break into the bitters market despite the well known fact that Nigerians on the lower rung of income ladder go more for the locally produced herbs and bitters. A Ghanaian company, Kasapreko Company, took up the challenge to package the local bitters in a modern way with the introduction of Alomo Bitters. Alomo, which is now a global brand, records about 50 per cent of its sales in Nigeria. So successful has Alomo Bitters become that a recent CNN Money report, referred to it as one of the top five emerging brands in the world.

All the signs were there for Nigerian companies but they failed to seize the opportunity. Now, they are doing catch up after Kasapreko, a small company, has taken the lead. In business, opportunities are never lost. The opportunities that are overlooked by some companies are seized by others.

Organizational success is a choice. By its actions and inactions, every organization chooses whether it will fail or succeed.

The killing of George Floyd