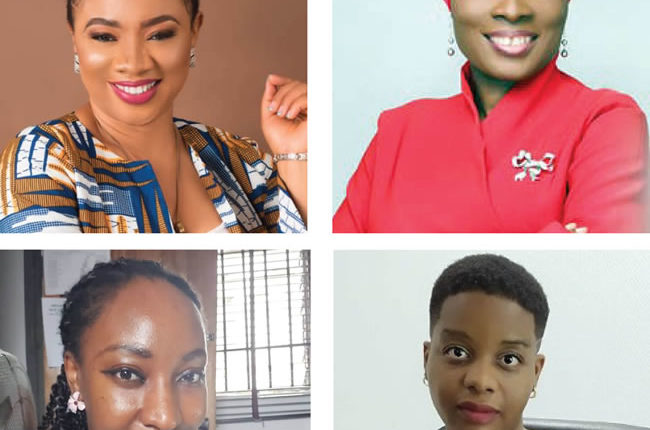 Today, Sunday, October 11, the girl child is in focus as the world celebrates the international Day of the Girl Child, with the theme: My voice, our equal future. In this interview by KINGSLEY ALUMONA, four Nigerian women who work in the girl-child/gender space, lent their voices to the issues affecting the girl-child in the country.

This is a tall order, because it practically doesn’t exist. However, let me paint a picture of what it should be. It’s essential for parents, governments and every other stakeholder to see the girl children as indispensables in our world. This is not feminism. It’s a fact. Girls’ education should never be seen as an option and child marriage should be abolished. Platforms should be set up for supporting girls in taking control of their own decision making. We must advocate with them for real change.

First and absolutely, important is for us to be intentional about the need to change this sad situation. Next is prioritising the needs of our girls by doing away with harmful practices like child marriage, female genital mutilation (FGM), etc. Decision makers, down to our communities, should accept that the girl child is as important as the boy child. We’ve seen the power of investing in girls and giving them an equal chance. We’ve lots of amazing Nigerian women making waves all over the globe. Examples include Ngozi Okonjo-Iweala, Chimamanda Adichie, late Dora Akunyili, etc. Every girl child has the capacity to be like these women. (Equal future).

The world is your oyster. You’ve all it takes to tap into the opportunities that life has to offer. But, you can only do that when you’re prepared. Treat life as lemon to lemonade. If life throws you lemon, make lemonade out of it. Your mess today is your message tomorrow. No matter what you’ve gone through, abuse, rejection, etc., if it didn’t kill you, then you’re alive for a reason. Turn your pain to purpose. Please, use technology wisely to your advantage and advancement. You need a life coach, a mentor, a role model who won’t mislead you, and a counsellor to help with your emotional wellbeing.

The girl child’s voice, as powerful as it could potentially be, is still to a large extent, subdued in Nigeria. In recent years, attention has increased in this area, but with a female youth literacy rate of about 68 per cent, we still have a long way to go.

The best way to tackle a problem is to address the underlying cause(s). The treatment a girl child receives in the society is as a result of factors including, but not limited to, social, cultural and religious factors. We must ensure that the girl child accesses education just like their male counterparts. We’ve to address the laws which prohibit girls and women from living in the society on equal terms as men. In order to fully achieve this, we must encourage women to take positions of leadership and seek political offices. Ensuring  policatical participation means we’ve say and contribution to the laws that affect us

Furthermore, changing the perception of the role of the girl child in the society through continuous enlightenment and advocacy is a must. If the only thing the girl child is seen as useful for is cooking, cleaning and to be married off, then that’s what’ll happen. We can start by changing the way the role of women is depicted in primary and secondary school textbooks. Finally, we need the men as allies to push this agenda forward. Therefore, we mustn’t stop talking about it at all levels of the society.

Be bold. Don’t be afraid to lend your voice to the causes you believe in, and speak out for what you want. I encourage girls and young women to see themselves as strong, valuable members of the society and change makers. As an added step, seek mentorship from other strong women around you and form alliances. There’s strength in numbers.

Simply, it’s missing. A voice is a real thing. It can’t be masked. How frequently do you hear girls making contribution at home, in schools, in the media or other formal public spaces children occasionally feature? The ngirl child lacks agency in contemporary Nigeria. In order words, her views are not obtained or considered even as she attains a measure of thought independence. She’ll not be able to attain full critical thinking if she’s not taught to consider what she desires vis-a-vis what’s ideal against a context of what obtains in reality and how to reconstruct her reality. By denying any child’s voice, agency and autonomy as they grow, we force them into a perpetual status of silent victims. A casual glance across social media in one day is sure to reveal at least three headline stories of forms of callous abuse recorded against a girl somewhere in this country, and these are just the few that made the news.

To change the narrative, we must first tackle the daily lived experience of girls, and that means we must confront structural monsters such as the failure of some states to pass the child rights law. Also let’s address persistent inequality in our various cultures and readjust our attitudes to the fact of every girl’s worthiness, equal value and potential. We also need to stop paying lip service whenever UN officers and workers of SDGs come visiting our little spaces and communities of practice.

‘Dream and Defy’. Dream every day about a better future. Dream of being a judge, a news room editor, a governor, an investor, the Chief Economist of the World Bank, etc. You’ve the God-given right to dream, so do so recklessly. And after dreaming ‘defy’ every barrier in your path that’s preventing you from pursuing your dream. Finally love your country, and make her proud.

The voice of the girl child is still unheard in Nigeria, going by the over ten million out of school children in the country. In Nigeria’s politics, the ratio of women representatives is lower than twenty per cent. This shows that women are still much less represented in Nigerian politics and are mostly confined to family roles of homemakers rather than makers of history. Education institutions that are supposed to be hallmark of enlightment fuel gender inequality. Competent women are deprived of leadership positions. Patriarchal and cultural stereotypes have become major limitations for women.

In virtually all societies in the country, the girl child bears the brunt of poverty, sexual abuse and domestic violence. How do you these narratives could be changed?

I think that this narrative can be changed by ensuring that the girl child is empowered with the right education and the right job—by ensuring she has a place in the board room. By making sure that she doesn’t have to go through sexual harassment from lecturers in schools and from superiors at work before she gets the promotion that she deserves. By ensuring that political parties (especially the major ones) are mandated to have a minimum of fifty per cent of their candidates as females before they’re allowed on the ballot box by electoral bodies.

My advice for young girls is for them to speak out. Speak out in the family and make your voice heard when gender stereotypes are about to be imposed on you. Speak out in schools when you’re about to be subordinated for the best male student, even when you’re better than the best male. Speak up when the school system and parents try to make you choose a career that limits you. Speak up and push back on any thought in their own heads that tries to limit the kind of future you can have. And, demand for gender equality.

International Girl-Child Day: Any hope for the female gender?