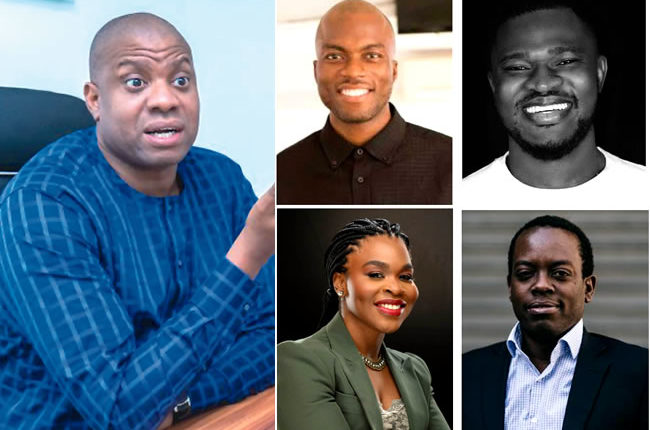 No one is fit to lead another person until he can lead himself. This is because a leader is not just a mentor, he is also a model. Thus, he must be able to motivate others by what he embraces and what he spurns. The failure of a leader to inspire, motivate or bring out the best in others is a pointer to his failure to lead himself. Leading the self starts with the ability to take charge of one’s thinking process. Success or failure in life starts with the thoughts that are allowed in the mind. If a leader is able to master his thinking and direct it in the proper way, success in his leadership venture becomes a cinch.

What distinguishes a leader from the rest is his way of thinking. When a person is assigned a leadership position, he may not necessarily have to acquire new technical skills or managerial competencies to excel in the role but he does need to develop a new mindset if he does not want to wreck the opportunity. If he does not develop a new thinking, he will continue to do what he has always done and will remain his old self though his role has changed.

So, to excel in leadership requires developing new thinking. A leader does not think hopelessness, neither does he think helplessness. A leader is not given to complaints; he is also not expected to moan or groan. A leader’s calling is to provide solutions. No matter what else a leader does if he fails to provide solutions, he has failed in the most important task. Leaders enjoy following because of the expectations that they will show the way out of the quandary that may surface from time to time. Unless a leader has the mind shift from expecting others to take the lead in solution provision to seeing himself as the one to lead the way in finding the way out of a problem, he and those who believe in his leadership will consistently be embroiled in overwhelming challenges that would make them surrender to helplessness and hopelessness.

In broad terms, thinking can be categorized into three; retrogressive thinking, routine thinking and futuristic thinking.

The brain has two sections; one is for memory while the other is for imagination. The memory part is what is used to bring to the fore what happened in the past. It is that part of the brain that is relied upon when the individual needs to recall what he had heard, learnt or known in the past. The memory is very important because we are able to survive daily as a result of our ability to recall our experiences of the past. But the memory could be wrongly deployed when it is made an individual’s sole domain of operation. When the memory is allowed to take the driver’s seat of one’s life then one is stuck in the past and thinking becomes retrogressive. The effect is that actions are put in the reverse gear.

Status quo thinking is being consumed by current happenings to the exclusion of other things. When an individual allows routine issues as well as emergencies to dominate his thoughts, he is limited in what he can do. He goes round in circle, living one day like the other because routine is a constant just as emergencies. To allow such thoughts all the time is to put oneself at the mercy of exigencies.

This is allowing the possibilities of tomorrow to determine steps taken today. Those who have this disposition are the ones who make use of the imaginative part of the brain. They use the power of imagination to dream of possibilities that are not current realities. They imagine new ways of doing things, new line of businesses and new designs. Those who are futuristic in their thinking are the ones who change the world. They need not be Isaac Newton, Albert Einstein, Steve Jobs, Bill Gates, Elon Musk, Mike Adenuga or Aliko Dangote; they could be somebody who has only effected a little change in a community by doing something ordinary in an extra-ordinary manner. Every invention is a product of new thinking. New things emerge when new possibilities are imagined.  Those who are futuristic in their thinking use the power of imagination to see the invisible and end up doing the impossible.

These folks know the difference between the difficult and the impossible. They know that the difficult is that which can be accomplished with application of knowledge and deployment of grit. They also know that the impossible is that which requires the unleashing of the power of thoughts. So, while others are moaning and complaining about a task not being possible, they travel to the future in their thoughts and walk back, imagining how to transform that which others regard as impossible into a reality.

The power of thoughts

Here is the progression from thought to performance.

Habits are a progression from thoughts. A habit is described as a routine of behaviour that happens unconsciously. In other words, the individual does not need to think about it before behaving in a particular way. The reason he does not need to subject the behaviour to further analysis is because his mind had already processed it and had come to a conclusion about it. The habit has become part and parcel of him. He cannot do anything about the habit until he does something about his thinking.

The product of a habit is attitude. Attitude is everything and determines the quality of life enjoyed by a person and how far a person goes in life. If the attitude is right, the end product will be right but if the attitude is wrong, nothing can be right. Attitude is central because while a person with a good attitude is favourably disposed to correction and eventually becomes better, one with a bad attitude scoffs at instruction and eventually gets worse. No wonder Scott Hamilton says the only disability in life is a bad attitude. What this means is that a bad attitude is the only thing that can stop a person from actualizing his potentialities. It is the only thing that can turn a dream into a nightmare. So, travelling far in life is a function of attitude which is a product of thinking.

Expectations derive from attitude. Scoffers don’t expect much from their activities and they are never disappointed. Scoffers and others like them go through the motion of doing what they do just for the sake of it, not because they expect any positive thing. They have a mindset of things not working and they get the fruit of their thoughts. People that are gifted in bad attitude are also gifted in low or wrong expectations.

So, the result of an activity is the product of the thinking that went into it, not necessarily the energy exerted. So, the starting point is the thought process. Once that is in order, other things will follow.

Deriving from the above, a leader must always do the following:

Clean up his thoughts

The thoughts must always be cleaned up. Thoughts that are not in tandem with overall expectations should be expunged to avoid them taking hold of the mind. Once unbecoming thoughts or limiting thoughts are allowed to garrison the mind, success becomes an illusion.

As noted by Dr Linda Scholl, Human Resources and Compliance Vice President at Gemological Institute of America, “Effective leaders know that while it is important to be sensitive to possible downsides in business (management), it is also essential to focus on building the vision for the upsides (leadership). Effective leaders focus on achieving what they want. They don’t ignore downturns but they stay focused on their visions and dreams despite the obstacles that inevitably come their way. If we focus only on what can go wrong (managing), we may be unprepared for things to go right (leading) and never realize that our limited focus prevented our achievements.”

The mind is always assailed by happenings around but the onus is on the individual to ensure that only thoughts that are in consonance with set goals are allowed to take roots therein. The counsel of Henry Ford to his engineers and technicians still holds true for everyone today, “Whether you think, you can or you think you can’t, you are right.”

Nothing exposes the quality of a leader’s thought better than the state of his organization.

How to safeguard the interests of bank customers, after death —Expert