The archaeology of Xenophobia 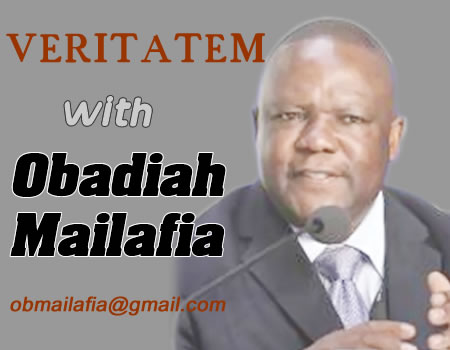 IN an ideal world, Nigeria and South Africa are supposed to be partners of destiny.

History, geopolitics and strategic interdependencies compel us to work together on the continent.

The recent outbreak of murderous xenophobia – or if you prefer, Afrophobia or negrophobia – primarily aimed at Nigerians and other African immigrants, is deeply regrettable. Latent bilateral tensions have come to the fore.

The recent visit by a South African peace envoy following an earlier visit by President Cyril Ramaphosa has doused some of the tensions. The loud and very public apology by President Ramaphosa during the funeral service for Robert Mugabe in Harare has also helped.

Some irate youths have looted some Shoprite outlets in Lagos. Youth groups also gathered ominously around some South African companies such as MTN and DSTV.

I have to praise our government for exercising a deep sense of maturity in sending police to secure those premises, including the South African High Commission.

If the South African government had shown the same level of maturity, perhaps the violence would have been mitigated.

It has been alleged that during his run for the Presidency, Cyril Ramaphosa promised he would “cleanse” his country of unwanted immigrants.

Such irresponsible language only served to fuel the killings and to give the murderers the signal that their government is perfectly behind them and that they are free to do as they wish with “makwuerekwere.”  He is a man with blood in his hands.

Minister for International Relations, Grace Naledi Mandisa Pandoor, pushed the onus on we the victims to “address the belief our people have that and the reality that there are many persons from Nigeria dealing in drugs in our country.” We have a blood account to settle with her.

South Africa is a very complex society. I have visited that country several times. I have even been given a Zulu name, Dingane (Shaka’s half-brother). I have visited every corner of our continent, with the exception of Madagascar and the Seychelles. The only places I have never quite felt at home, I must confess, are the Arab North and South Africa.

I have many friends in that country, but, somehow, I have never felt at home there. There is something about the place that does not agree with my spirit. I find some of the people – black and white – to be as cruel as ostriches.

I first visited South Africa in July 1996, after Nelson Mandela won the elections as president of a democratic South Africa. I had been in the country with a British colleague to do research on capital markets in the context of the new economic transformation.

We visited Cape Town, Johannesburg, Stellenbosch and Potchefstroom. At a restaurant at the sprawling Waterfront shopping mall, my colleague was going on and on about how bad Winnie Mandela was. A waiter came and whispered in my ear: “Please warn your friend, if he continues badmouthing Winnie like that, someone will just bring out a gun and blast him off!” We did not finish our meal. We paid the bills and fled for dear life.

At the upmarket hotel facing the famous Cape Town Cathedral where Archbishop Desmond Tutu once held forte, I was treated very badly. For the same price, my white colleague was given a lovely, well-lighted room while I had to make do with a dingy cubicle. The so-called “Coloured” waiters made it clear that they felt humiliated having to serve a black African. Things got so bad that I started eating outside the hotel for fear that I might be poisoned.

South Africans are right to feel that they have done a better job of managing their country than we have. South Africa’s infrastructures are first-world while ours are shamefully third-world. But at the same time, they cannot stand our self-confidence and sheer audacity.

We may have done a poor job of building our country, but we take pride in hailing from a long line of illustrious royal kingdoms, some as old as the Egypt of the pharaohs. We are an ancient and highly mercantile people. We respect the white man, but we recognise no master.

Until recently, they were no better than slaves in their own ancestral homeland. Horrendous crimes were committed under Apartheid, including deliberately injecting expectant black mothers with the HIV/AIDS virus. An entire generation were robbed of education. And it still rankles.

Since the mid-1600s when Jan Van Riebeeck led the first Dutch to settle in the Cape, the black autochthones have known nothing but tears, blood and death. British imperial ambitions forced the Boers to move further north, leading to violent wars with the Nguni inhabitants.

The most outstanding among them was no doubt King Shaka Zulu, a bloodthirsty despot, who knew only how to fight wars but not how to build a civilised kingdom. His reign of terror led to what became known as “the Mfecane”. Millions fled in all direction, some as far as Matabele land, eSwatini, Cameroon and Nigeria.

The discovery of gold in the 19th century made things worse. The black lands became a vast labour reserve to feed the needs of white monopoly capital.

Families were destroyed and the organic solidarity that held communities together was rent apart. The introduction of Apartheid in 1948 was the logical denouement of this rule of infamy. Throughout the continent, we felt that our independence mean nothing without the liberation of Southern Africa. Nigeria became the leader of the “Frontline countries” in the United Nations. But I am one of those who feel that it is unnecessary to constantly remind our South African brethren that without us their freedom would have been well-nigh impossible.

Apartheid has ended, but its legacy lives on.

The truth is that Nelson Mandela forged a Faustian bargain with his former oppressors by getting majority while allowing them to preserve all their economic privileges.

Apartheid destroyed the black family, created a culture of violence and denied many generations of the kind of education that would enhanced their competitiveness in the twenty-first century.

Four sets of people, in my opinion, have emerged as real heroes in this saga.

The first are the National Association of Nigerian Students (NANS).

For several weeks, these young people came out with a strong voice condemning the violence in South Africa and insisting that our government take strong action against such horrendous crimes being committed against Nigerians.

The second is Julius Malema and his Economic Freedom Fighters (EFF) party. Malema has come out as the greatest moral conscience and leader in South Africa today. He has opposed the violence against fellow Africans and condemned as a crime that is unworthy of his great people.

The third hero is Allen Onyema, Chairman of Air Peace, who has spent more than N280 million of his own money to provide free flights to more than 400 Nigerian returnees from South Africa. He has proven to be a patriot and Good Samaritan deserving our highest national honour.

My fourth hero is an unknown young South African woman who calls herself Mbalo Sintholo Mbalolo.

She has waged a one-woman war in social media against the murderous xenophobia among her people. To paraphrase her, all these killings of Nigerians are because of jealousy. Nigerians work hard and they make money. They are generous. They take care of their women. As a result many beautiful South African women like herself are rushing for Nigerians. She urges South African men to “leave our Nigerian men alone for us”.

Let the truth be told: There are good Nigerians and there are ugly Nigerians. There are thousands of Nigerian professionals, doctors, engineers, scientists and businesspeople who are making humungous contributions to the New South Africa. But there are also many of our crooked countrymen who are doing drugs, running prostitutions rings and controlling criminal gangs that are wreaking untold havoc to their host country.

It is, therefore, our bounden duty to work with other governments to ensure that such people are convicted and punished. The solution is not to unleash mobs indiscriminately on innocent people as South Africa has done.

Given current path-dependencies, these xenophobic killings are not going to stop. We must therefore do a comprehensive inventory of our losses in terms of lives and capital and insist on financial compensation.

We should also downgrade our diplomatic and economic relations with Pretoria. We should put South African companies at the bottom of our preferred investors. We should boycott South African goods and we should revise the investment agreements we have made with their companies going forward.

We should also discourage our people from travelling to that country unless it is absolutely unavoidable.

The Petroleum Industry Bill and the quest for a new Nigeria

Economics and the better angels of our nature