The 6Ps of business success 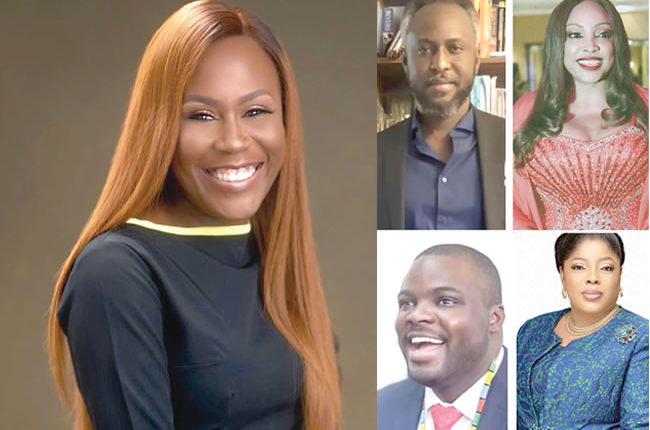 Everyone that goes into business dreams of success. But not many are able to translate the dream into reality because they do not understand the fundamentals of business success. A business that will succeed will have certain non-negotiable elements, some of which are discussed hereunder.

Contrary to the belief of many, the purpose of business is not to make money. While it is true that a business must make money to remain an ongoing concern, a business that makes money making its purpose will not last the distance because rather than help its customers, its focus would be to rip them off and that would drive away customers.

Value creation is about doing for others what they cannot do for themselves. The modern society is built on interdependence; everyone needs something from everyone else because no one is self sufficient. Meeting identified needs of a segment of the society is the essence of businesses. It is when a business understands this and spares no effort to deliver this that it positions itself for sustainable success.

The first thing to get right in starting a business is the purpose. It is the foundation of any business, unless it is right, the business would never cease to gasp for breath.

A business must always strive for distinction to have a fighting chance in the market. Although many organizations love to copy others, it is not to their advantage. While there is room for imitation in business, the truth is that similarity does not confer any advantage on an organisation; the edge of an organisation is in its peculiarity and difference from competition, not its similarity to it. If an organisation does what others do, how does that stand it out? How does that benefit it? That means the customer will not be able to distinguish between two similar organisations or products.

For many years, Pepsi had to struggle with being second best because of the ‘cola’ attached to its name. That was when it was known as Pepsi-Cola. By that time, the market leader was Coca-Cola. Because of the similarity in the name of the products and the shape of the bottles, Pepsi-Cola was considered the poor cousin of Coca-Cola. So, most of those who wanted a cola fizzle drink opted for Coca-Cola, the better known brand. But since Pepsi dropped the cola tag and changed its bottle shape, it has been giving Coca-Cola a serious challenge. At a point in the United States of America, Pepsi worsted Coke in sales.

Product or name similarity is to the advantage of the market leader, not the start-up. But the thinking among new organisations is that they can climb on the back of an established name to prominence. While that may pay off initially, the organisation pays dearly for it eventually because those who matter will always prefer the better known of the similar products. So, creating a peculiarity for your organization would turn it into a strong brand distinguishable from the crowd.

Five factors determine the strength of a workforce. The first two have to do with the employees while the remaining three reside with the organization.

The first is competence. An employee’s effectiveness is a function of his competence. No one can outperform his competence. This is why great companies do not sacrifice their employees’ competence for anything. They go out to recruit only the best. This is reflected in the performance of the organisation. For a company to outperform its peers, its employees have to be better than their peers.

The third is placement. In Good to Great, Professor Jim Collins talks about getting people on the bus and putting them on the right seat. This refers to matching skills with tasks. There is no point getting a highly competent person into a company only to assign him a task that would not bring out the best in him. To enjoy the full benefit of having a competent person in an organization, there must be a correlation between what he can do and what he is asked to do.

The fourth is training. The rate at which knowledge becomes obsolete in this age is alarming. This is principally because of advancement in technology. So, to ensure that the skills of its employees keep pace with the market demands, a company has to continually equip its staff with the required skills through training. Although training is viewed by some organizations as cost, it is actually an investment because it is what determines the output of an organization. And the quality of a company’s output determines the impact it is able to make in the marketplace and the revenue it is able to generate.

Some employers are reluctant to invest resources in training their staff for the fear that they may leave after being trained. But as observed by Zig Ziglar, the only thing that is worse than training employees and losing them is not training them and keeping them.

The fifth factor is treating employees well. The way employees are treated determines how they relate with the customers. As put by Simon Sinek, a marketing consultant and author, “Customers will never love a company until the employees love it first.” This means employees’ commitment to a company goes a long way in shaping and determining customers’ engagement. Employee’s love for a company is a response to how the leadership of the organization treats them.

A company’s primary connection with the outside world is its products or services. If a company does not have good services or great products, it does not matter what other good things it has, it will not last the distance. Anyone who picks a product expects certain values from it. If on a consistent basis the product keeps falling short of his expectations, then the customer will be left with no other option than to take his custom elsewhere.

But what makes a great product? The essence of a product is to meet needs that people are willing to pay for; that is functionality. A product must be functional, otherwise it will fail. It must also be consistent in satisfying this need, this is reliability and must be easy to use. So, the greatness of a product is in keeping the customers satisfied in such a way that they want to keep exchanging their money for it.

However, that is not all there is to being an outstanding product. A product must also be emotionally resonant with the customer because emotions are the primary reason consumers choose a brand over another. If a product emotionally resonates with a customer, the customer gets hooked to the product and keeps asking for more because purchase decisions are made by the emotional centers of the brain. If a product does not pull at the customers’ heart strings and endear them to it, irrespective of what qualities it may parade, its survival will be greatly challenged. So, for a company to be strong and great, it must have on its parade products that have emotional resonance with customers.

Not many products have the life of a diamond. This means most products have a life span or a life cycle. The life cycle of a product has four stages; introduction, growth, maturity, and decline. This means after a while, a product begins to decline and may eventually die. But this can be countered by innovation and reinvention.

The National Geographic Magazine would have died but it reinvented itself and that is why it is still in existence. The only way businesses can avoid going the way of the flesh is to keep reinventing their products.

Though marketing and selling are close, they are not the same. Marketing is intimating members of the public with the goods or services of an organization; it is putting in the public domain the uniqueness of a product or service; it is drilling into the public’s consciousness the qualities of a brand. Selling, on the other hand, is getting the public to commit to the product or service by parting with money to purchase it. While marketing opens the gate, sales closes the deal. Marketing is sowing while selling is reaping, the latter cannot be guaranteed without the former. It is for this reason that great companies do not joke with marketing.

Pricing is a marketing tool. It is used to distinguish a product with the purpose of increasing patronage. For all categories of products, appropriate pricing is critical because every customer wants the value derived from his money to stretch for as long as possible. Therefore, to guard against forfeiting customers’ loyalty on the altar of wrong pricing, it is best to price appropriately. While under-pricing may connote the unintended impression of the item or service being of inferior quality, over-pricing has the propensity of driving customers away to competitors. So, being close enough to the customer to know what he can afford to pay for a product vis-à-vis the value offered by the product is critical to pricing a product appropriately.

When the fundamentals are understood and applied, succeeding in business becomes a cinch.

Destiny is not cast in stone

Leaders and their critics

Leadership and the ills of shortcuts

How big can a company grow?

Leaders and power of business reform