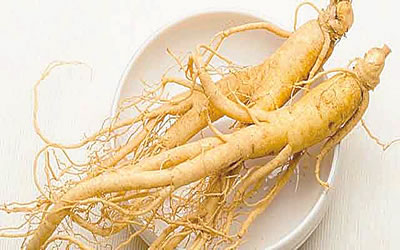 Scientists say individuals with potbelly may be able to reduce their belly size by taken Thai ginseng. In a 12-week study, supplementation with Thai ginseng caused a significant reduction in their potbelly in obese individuals in Japan.

In the trial, the belly fat area of those who took the ginseng went down by about 5cm by the end of the study. In comparison, those who did not consume it saw their visceral fat area increased from a centimetre.

The study had 80 subjects that were randomly assigned into the intervention and placebo group. Their ages were between 20 and 64 and had a body mass index (BMI) equal to or over 23kg m−2 and less than 30kg m−2.

They took either two capsules containing the 6mg of polymethoxyflavones purified from K. parviflora or placebo capsules during dinner. After which, their belly area was measured before the study, on the 8th and 12th week of the study.

The researchers, in the journal, Food and Function, suggested that the intake of Thai ginseng possibly reduces stress levels and promotes relaxation, as indicated by heart rate variability analysis.

While continuous ingestion of polymethoxyflavone purified from Thai ginseng for 12 weeks was considered safe; they however, said that to effectively assess its safety, longer periods of intake and higher doses are required to be studied.

Meanwhile, dietary supplementation with cocoa can improve obesity and obesity-related comorbidities, according to a new study published in the Journal of Nutritional Biochemistry.

Cocoa powder, derived from Theobroma cacao, is a popular food ingredient that is commonly consumed in chocolate. The ingredient is rich in fiber, iron and phytochemicals which provide positive health benefits such as antioxidant polyphenols and methylxanthines.

Epidemiological and human intervention studies have reported that chocolate is associated with reduced risk of cardiometabolic diseases and laboratory studies suggest dietary supplementation with cocoa or cocoa polyphenols can improve obesity and obesity-related comorbidities, including non-alcoholic fatty liver disease (NAFLD).

Using a high-fat-fed, diet-induced model of obesity, the research team supplemented the mice with 80 mg cocoa powder per gram of food for 10 weeks. The cocoa was a commercially available product at a “physiologically achievable dose” —making it possible to duplicate the dosage in humans.

Can persons with mental illness recover and be productive?