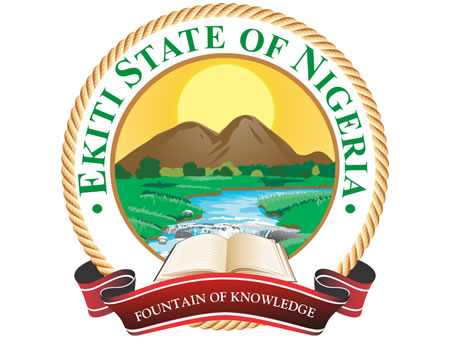 The Ekiti State Teaching Service Commission (TESCOM) has dismissed a secondary school teacher(Name withheld)  for allegedly impregnating one of his students in the state.

It will be recalled that the state government had penultimate week also dismissed three teachers for alleged sexual assault of their students.

The dismissed teacher, who was said to be on Grade level 10 at Alarelu Comprehensive High School, Igbara Odo-Ekiti in Ekiti South local government area of the state alleged to have impregnated the students preparing for the Senior Secondary Certificate Examination (SSCE).

He was said to have impregnated an underage referred to as minor according to the 2019 Gender-Based Violence prohibition law of the state.

The TESCOM chairman, Mr Babatunde Abegunde, while speaking with journalists in Ado-Ekiti on Tuesday explained that the teacher was found culpable after an investigation by the commission’s disciplinary committee.

While describing the act as unfortunate and embarrassing, Abegunde noted that the government would continue to take punitive measures against those involved in the dastardly act to serve as a deterrent to others in the system.

According to him, “The Commission carried out a thorough investigation on the matter and followed the due process before arriving at the decision to dismiss the teacher to serve as a deterrent to others who might want to indulge in such depraved and unethical act.”

The Chairman, who commended the Ekiti State Government for swinging into action by arresting the culprit, assured the public that, ” Ekiti values will definitely be restored by the Kayode Fayemi-led administration with the giant strides of ensuring justice and bringing perpetrators to book without hesitation.”

Also speaking, a Board member of the Commission who is also the Chairman of the Disciplinary Committee, Princess Jumoke Owoola described the accused, “as a bad egg capable of contaminating his students and fellow teachers.”

“Findings by the TESCOM Disciplinary Committee revealed that the accused has previous bad records as it was discovered that he had previously collaborated with some students to steal laptop computers belonging to the school.

“The case of the dismissed teacher was treated in accordance with the State public service rules (2017) and Ekiti State Teaching Service manual which recommended dismissal as the ultimate penalty for serious misconduct and criminal offence of such magnitude.

“The Committee also recommends that all teachers should be sensitised on Gender-Based Violence Prohibition Law 2019 and other related issues and that schools should be well monitored ever than before with emphasis on moral norms and ethical standard that can uplift TESCOM in line with the objective of the Governor at restoring the Ekiti values,” she said.

Owoola added that there was need for the government to strengthen the guidance and counseling unit across public schools in the state in the overall interest of the students.

Teacher, cleaner in court for allegedly cutting pupil’s hair without his consent

Fayemi promotes over 4000 teachers in Ekiti