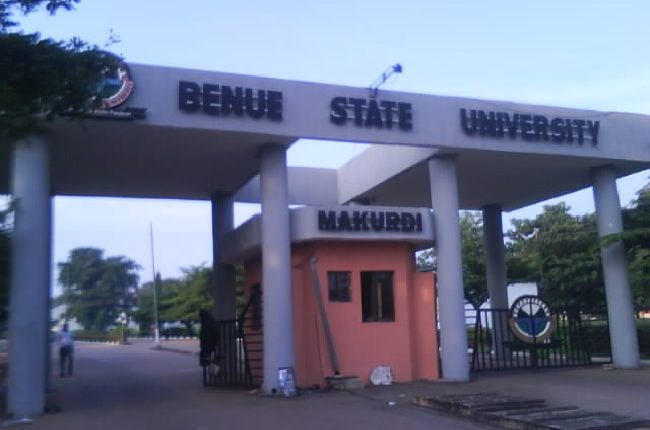 As the number of coronavirus rises in Benue, tension has heightened following the failure of the state government to further disclose the identity of the victims.

It will be recalled that the State Governor, Samuel Ortom, had all along revealed the identity of people earlier tested positive to the virus, this he hinged on the appropriate way to stem the spread of the virus.

Since the figure continues to climb, the governor had stopped to disclose the identity of the victims.

This has heightened tension, particularly, that the authority of Benue State University decontaminated the school yesterday.

The decontamination of the school was allegedly hinged on the report that some management staff of the University already tested positive to COVID-19.

A member of the State Committee on COVID-19 who did not want his name mentioned revealed that top management staff of the State University tested positive to coronavirus.

Reacting to the allegation, head of Information unit of the University, Terzungwe Tservanger dismissed the report, saying that the decontamination of the entire school was in preparation for the resumption of students.

“There is nothing like the VC or any other top management staff of the University tested positive to coronavirus, decontamination of the school was in preparation for the resumption of students,” Tservanger said.

When contacted, the secretary of the State Action Committee on COVID-19 and Commissioner for Health and Human Services, Dr Sunday Ongbabo, declined comment on the issue, stating that given the identity of people who tested positive to COVID-19 in the state noo would further heighten tension.

Dr Ongbabo, however, said that the state had recorded 65 cases as at Monday, June 30, 2020, and enjoined people of the state to be more serious by adhering to all the precautionary measures of social distancing, hand washing, use of face masks among others to stay safe.

He urged everyone to see the next person as a suspect stressing that people should shun the idea of seeing the virus as a fluke.

“This is not the time to be releasing the identity of those tested positive to the disease because it will further heighten tension in the state.

“As at Monday, the state had recorded 65 cases. Of the number, 44 have been treated and discharged,” Ongbabo said.