Tension in Awka as tanker loaded with fuel falls again 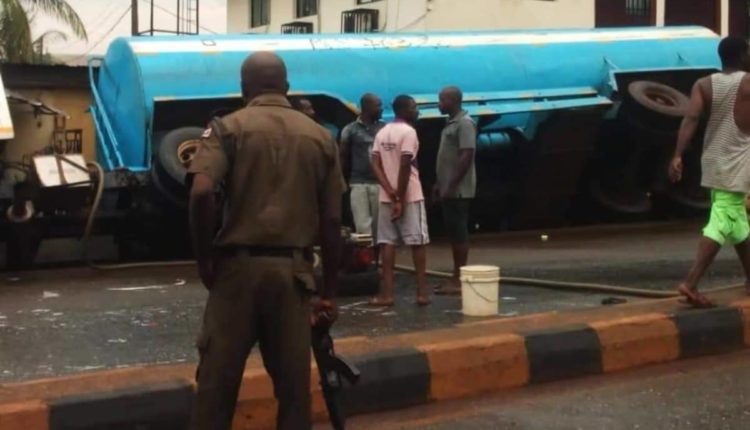 Tension in Awka, Anambra state capital as a tanker loaded with petroleum products felt down this morning along ever-busy Zik Avenue road.

Confirming the accident, the PPRO, for the state police command, SP Haruna Muhammed, in a statement titled ’emergency, said that a Tanker loaded with PMS just fell into a ditch along Zik Avenue Awka.

He said, the PMS has started spilling out and people were scooping the fuel.

” It is highly advisable you alert residents in the Area through your medium to steer clear from the premises in order to prevent any disaster,” he said.

According to Haruna, Police patrol teams have cordoned off the area and prevented people from further scooping.

NPC to commence data collection for 2019 VASA in Anambra