Teni comparison an honour for me —Lade, ‘Airtel ’444’ singer 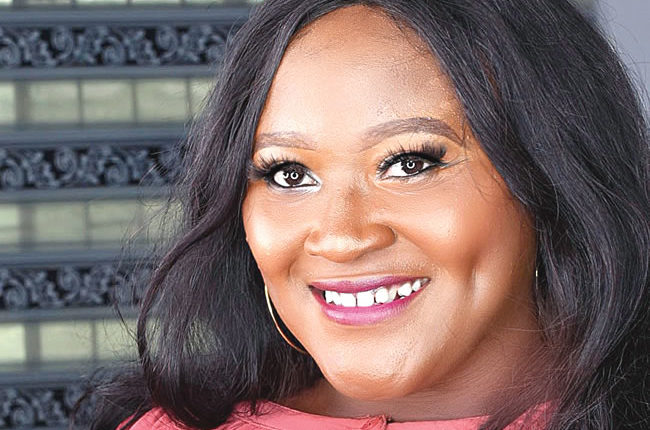 400-level Mass communication student of University of Ilorin and burgeoning singer, Omolade Oyetundun, recently became a name on the lips of entertainment lovers for featuring in the viral Airtel ‘444’ commercial. In this interview by ADEKUNLE SULAIMON, she discusses how she got the role, the impact of the commercial on her career and her plans after school, among other issues.

How did you discover your love for music?

I discovered my love for music at age six but I had difficulty in coping because there was no one to motivate me. My parents were not even aware that I had that talent. They felt it was normal of me as a kid to mimic songs. In fact, I am a very good bathroom vocalist because that’s where I get my inspiration especially when I’m in the shower. Music for me is intrinsic, and church helped me to nurture it greatly. I got serious with it when I got to the university after attempting several musical auditions and shows.

Getting serious with music in the university got you the winner medal for Unilorin Idol season 3. How was the experience and how significant was it?

Unilorin Idol season 3 was the turning point of my whole musical career. I first tried it in season 2 but I didn’t make it to the grand finale. The season 3 form was given to me as a birthday gift by a friend because she realised how much I cherished music. During the second season, I got to the semi-finals but couldn’t proceed because I lost my voice at a night rehearsal and had to force myself to sing that day so as not to opt out. Truthfully, that platform put my name in the hearts of people as season 3 came with my face already known by the audience even at the audition stages. Winning the competition put me out there and a whole lot of people in school kept pointing at me even while I am randomly walking with friends. It even gave me a platform of meeting a whole lot of music producers and bagging a few local endorsements.

How has your musical journey been since the triumph?

After winning Unilorin Idol, people were willing to record for me free, and I decided to take my music to another level. I did back up for artistes in Ilorin and I began to sing at events, especially those organised in Kwara State.

The Airtel ‘444’ commercial announced your talent to the world, making you known all over. What motivated commercial and how did you come about the song?

‘444’ did not just happen; it was a blessing because I never saw the opportunity coming so soon. I did a cover of ‘Duduke’ by Simi on my Instagram page and I got a repost from her and a man who runs an advertising agency saw the video and reached out to me. Since then, he has been supporting me. Asked if I could do commercials, I confirmed to him that I could, despite my relatively little experience. He gave me a trial and boom, it became the viral Airtel commercial.

How long did it take you to compose the song?

I did not compose the song, it was already written, I just voiced it. While working on it, however, some things were changed. My producer and I had to transform into it to what it is now.

There has been controversy over the real singer of ‘444’ Airtel song. How did you feel attributing the song to Teni during a time that content seems to be the face of popularity?

Yes, there had been controversy about the real owner of the song but I see it as a privilege to be compared with Teni. It’s a big thing for me to be spoken of in the same breath with a star. Although, when people insist that the voice is Teni’s especially where I am, it hurts, but the fact that she’s famous spurs me to even work harder. I really hope that I can start meeting the people peddling the rumour to clarify to them that I am the face behind the song.

How easy was it for you manage a big project like that? Were you told that it was an Airtel project?

Music actually comes really easy for me, so handling ’444’ was not a big deal. In all, it took a couple of hours to come up with that output. Of course, I was told it’s an Airtel project. In fact, it was one of the reasons I sang it as though I was coming up with my hit song with enormous energy and vibe that it must ’blow’.

Did you ever believe that the song will come out this big?

I did not believe it. I just voiced it like every other commercial but with unparalleled energy because it belongs to Airtel. To be honest, I really did not expect the turn-out of the song to be this big. In all, I give thanks to God almighty.

Airtel did not sign me to sing the song. I sang it for the agency that handled the commercial.

Any challenges so far as an up-and-coming artiste?

There are many. Chief among is getting the appropriate platform to model and better myself to existing and incoming fans.

Of Karma, CAMA, the Church and mushrooming churches – 3