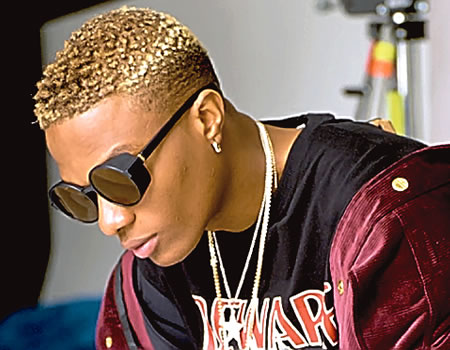 MTV has announced nominations for the “2021 MTV EMAs” with Africa’s biggest acts from Nigeria, Ghana, Tanzania and South Africa, securing nominations. Nigerian superstars Wizkid and songstress Tems who both collaborated on the global hit “Essence” were each nominated in the Best African Act category alongside while South African “Ke Star” hitmaker Focalistic as Amapiano’s global recognition continues to grow. Ghanaian songstress Amaarae of “SAD GIRLZ LUV MONEY” fame and African superstar Diamond Platnumz of Tanzania have also clinched a nomination in the category. Voting is now open at mtvema.com until Wednesday, November 10 at 22:59 WAT, so fans can cast votes for their favourite African Act beginning today. The “2021 MTV EMAs” will premiere exclusively on MTV Base (DStv Channel 322, GOtv Channel 72) on Sunday, November 14 at 20:00 WAT (Pre-Show) and 21:00 WAT (Main Show).

Monde Twala, Senior Vice President and General Manager of ViacomCBS Networks Africa commented, “The 2021 MTV EMAs is one of the biggest entertainment stages in the world and we are excited to see African stars shine and make their presence felt globally. Congratulations to all of our African nominees for their incredible achievements. We are proud to witness such great diversity of African talent, music and culture. This is an amazing showcase of their artistry to the world”.

Nigerian nominee Tems said, “I’m extremely excited to be nominated for the Best African Act at the MTV EMAs. The last few years have been crazy and I am just grateful to God for all the blessings so far. I am honoured to be a part of the amazing voices from our continent who are breaking barriers and redefining music globally.”

“I am so happy and proud to be nominated at the 2021 MTV EMAs, it means a lot to me, my generation, the Swahili nation and the whole of Africa, I truly appreciate it,” commented Diamond Platnumz.