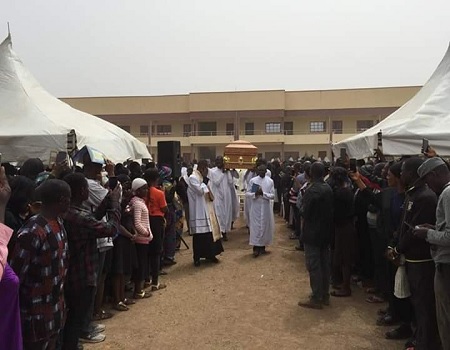 The 18-year-old seminarian, Michael Nnadi, who was abducted and later killed by members of Boko Haram has been buried in Kaduna.

The funeral mass of Nnadi was held at the Good Shepherd Seminary, Kaduna on Tuesday. 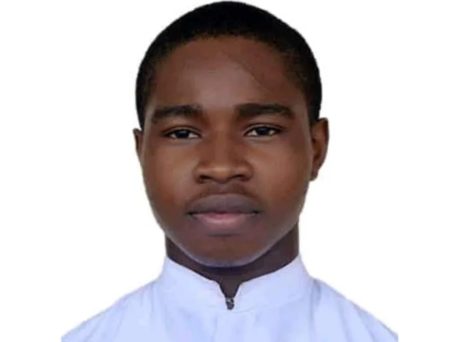 The Bishop of Sokoto Diocese of Catholic Church, Matthew Hassan Kukah, who spoke at the mass expressed shock and anger over the murder of the boy.

Kukah in his homily delivered at the mass described Nigeria like a stranded ship on the high sea, expressing fears about the future of the country.

He said it was unfortunate that President Muhammadu Buhari, has failed to live up to his promises and expectations of many Nigerians that voted him into power.

He added that Nigeria was at a crossroads where there was the need for critical and decisive actions on the problems facing it.