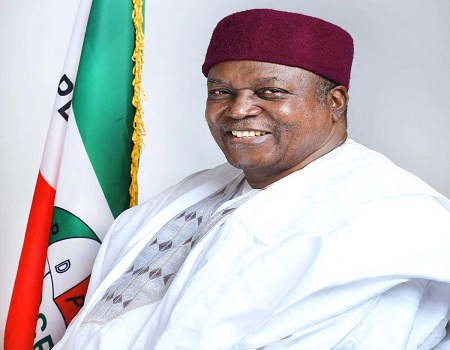 Taraba Government says it has targeted 639,713 children in its campaign against measles and meningitis slated for between Nov. 16 and Nov. 23, across the state.

Alhaji Aminu Hassan, the Executive Secretary of the state Primary Health Care Development Agency, disclosed this on Friday at the opening of a one-day orientation for selected media representatives in Jalingo, ahead of the campaign.

Hassan said the campaign was being funded by the state government with support from the UN Children Fund (UNICEF) and other international partners.

He said that global statistics show that over 3 million children under the age of five, still die annually from diseases like yellow fever, meningitis and measles, while 10 in every 100 children die from vaccine-preventable diseases.

Hassan who stressed that both measles and meningitis were killer diseases and children were most vulnerable to their infection, urged parents to present their children for the vaccination.

“Measles and meningitis remain a major cause of death for millions of children annually. To be fully protected, it is important that children who are at least nine months old receive measles immunization during the campaign.

“When a child shows signs of measles such as high fever, redness of eyes, cough, runny nose and rashes, or symptoms of meningitis such as high fever, persistent headache, stiffness of the neck, vomiting, drowsiness, lack of appetite and sensitivity to light, take the child to the nearest health facility without delay.

“In Nigeria, vaccines are provided free by government and partners and available in all healthcare centres but still the vaccination coverage (routine and supplemental immunisation) has not reached the desired level to prevent repeated outbreaks,” he said.

The campaign, according to Hassan will hold across the 16 Local Government Areas (LGAs), of the state.