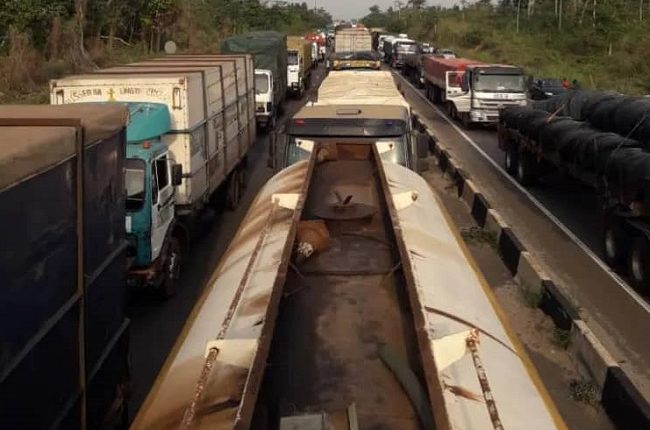 Commuters on the Benin -Ore Expressway on Wednesday had harrowing experiences as drivers of petroleum tankers and other articulated vehicles have blocked the highway at Ofosu end, in protest against the killing of two drivers by suspected Fulani herdsmen on Tuesday night.

Ofosu, the boundary community between Edo and Ondo States, has been the hob of kidnapping and killing in recent times, especially after Tue herdsmen who refused to register their businesses as directed by the Ondo State Government were dumped at the border town by the personnel of the Western Nigeria Security Network, otherwise known as Amotekun.

The killer herdsmen were said to have also made away with an undisclosed amount of money stolen from their victims after killing them.

The protesting drivers, who blocked the busy highway at the military checkpoint, refused all pleas made to them by other motorists, to vacate the road.

Tribune Online gathered that following the chaotic situation, the military personnel who amount security checkpoints at the area abandoned their posts.

The drivers, it to as further gathered, were insisting that Governor Godwin Obaseki of Edo State must come to address them before they would open up the road for use.

Osinbajo at 64, our women and a nation under the bushel

An entity with different interpretations

May 5 is National Bible Day ― BSN