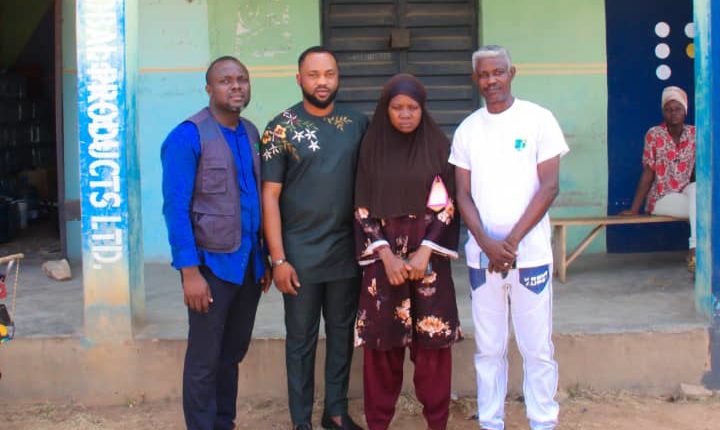 Theater Arts and Motion Pictures Practitioners Association of Nigeria (TAMPAN) Guild of Directors in a bid to show their support to the family of one of their members, Late Director, Monsuru Olatunji who just passed away recently empowered them with several items.

The TGD Executives led by their chairman, actor and director, Damola Olatunji, recently journeyed to Oyo Town where they donated the empowerment items to the family.

According to the chairman, the empowerment was facilitated by the guild of directors and was supported by the association – TAMPAN.

“We thank all those that have made this empowerment project a possibility from our great President Otunba Bolaji Amusan and all the Executives of TAMPAN in General, which we all belong to,” he said.

Three different sewing machines, N50,000 cash, a two-wing shop for the widow at her choice location in Oyo town and education support scholarship of N20, 000 every term for the next 10 terms already deposited at a bank in an account opened in the name of one of the children of the late director are several forms of empowerment given to the family.