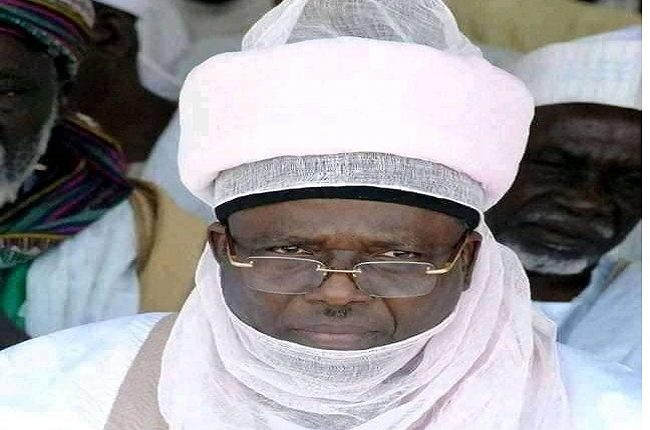 The state Governor, Aminu Waziri Tambuwal, while condoling the people of the state in a message he personally signed described the late monarch as a man who lives for peace.

He said the late District Head dies in Abuja after a protracted illness and will be buried in Tambuwal later today according to Islamic rights.

“It is with a heavy heart and total submission to the will of Allah that I, on behalf of the government and good people of Sokoto state announce the passage of our Royal Father, the District Head of Tambuwal, Alhaji Sa’ad Mainasara Attahiru.

“The late monarch died after a protracted illness in Abuja on Thursday and will be buried today in Tambuwal according to Islamic rites.

“May Allah (SWT) grant him Aljannatul Firdaus and his family the fortitude to bear the loss.”

FG Spends N1.57trn On Debt Servicing, N1.61trn On Personnel, Pension
THE Federal Government on Thursday disclosed that it had expended N1.57 trillion on debt servicing and N1.61 trillion on personnel and pensions in the current year.  The Minister of Finance, Budget and National Planning, Mrs Zainab Ahmed, made the statement on debt servicing and others expenses during the presentation of the  2021-2023 Medium-term Expenditure Framework (MTEF) and Fiscal  Strategy Paper…Tambuwal’s District Head

WhatsApp Business: An App Grossly Underused
WhatsApp Business is an app designed for small businesses to easily stay in touch with their customers and reach out to potential customers. It provides vital business tools that allow you to create a business profile, create a catalog, and do many other things…Tambuwal’s District Head

818 Million Children Worldwide Risk Contracting COVID-19 — UNICEF
THE United Nations Children’s Fund (UNICEF) says 818 million children worldwide are at risk of getting infected with COVID-19 and other infectious illnesses. UNICEF’s Associate Director, Data and Analytics Division, Planning and Monitoring, Mr Mark Hereward, made this known in a statement on Thursday and obtained by …Tambuwal’s District Head

Stop Denying Us Weapons To Fight Terrorism, FG Tells World Powers
THE Federal Government has appealed to the world powers not to be weighed by unsubstantiated arguments to deny  Nigeria vital platforms and weapons to fight terrorism. The Minister of Information and Culture, Alhaji Lai Mohammed, made the appeal on Thursday when he featured on the…Tambuwal’s District Head