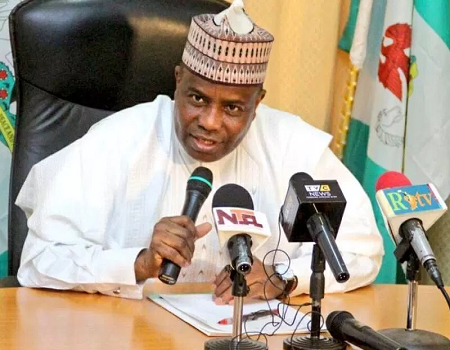 Governor Aminu Waziri Tambuwal of Sokoto State has implored his counterparts and other leaders in the country to do everything humanly possible to accommodate one another.

According to a statement by Muhammad Bello, Special Adviser Media and Publicity to the governor, Tambuwal described as unfortunate what happened in Ibadan, Oyo State and what is happening in several parts of the country today, saying “as Nigerians, we know that every citizen has the right to live peacefully where he chooses to live.

“This is a constitutional right. But we all know that when there are crises, people begin to move towards the direction of their ancestral home. Ordinarily, every part of Nigeria is supposed to be home to every Nigerian as stipulated by the constitution.

”Nigeria is our country. We know our challenges. This is a challenging time for Nigeria and all of us must be on the same page. We must work together in harmony to ensure that we find lasting solution to this problem.”

The governor urged those making inflammatory remarks to exaggerate the situation to desist. ”We should all be seen to provide leadership and accommodation wherever we find ourselves. We need to preach peace and practice it,” the governor added.

Tambuwal also explained that the Sokoto state government doesn’t discriminate against non-indigenes in the state as they’re regarded as Nigerians in the state especially, in terms of payment of school fees, ownership of houses, provision of health facilities and other things.

”Whoever comes to Sokoto and decided to enroll his children in public schools, we don’t charge him. Whatever an indigene of Sokoto gets in terms of instructional materials- free books and every learning materials, those citizen of Nigeria living here are also given free of charge,” the governor stated.

The surprise visit made on Friday night by the leaders of the ruling All Progressives Congress (APC) to former President Goodluck Jonathan at his residence in Abuja triggered a stir in the major political camps, resulting in at least four possible theories..Tambuwal harps on peace  Tambuwal harps on peace