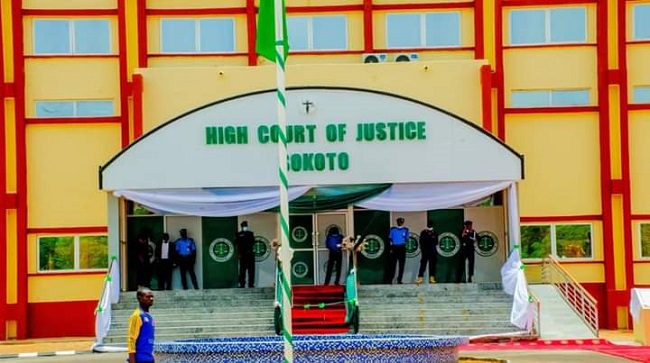 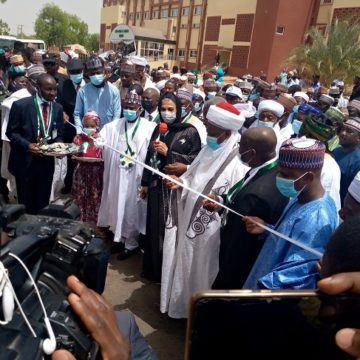 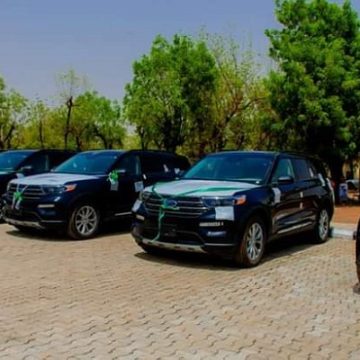 Governor Aminu Waziri Tambuwal of Sokoto State, on Monday, revealed that the greatest setback to the judiciary in the country over the years has been the political intrusion in its affairs by vested interests among the political elites.

Gov Tambuwal made the observation at the commissioning of the remodelled Sokoto High Court after decades of neglect.

At the occasion, where the Minister of Justice and Attorney General of the Federation, Abubakar Malami (SAN), commissioned the edifice, the governor also gave cars to the Judicial Staff of the court to improve their operational efficiency.

According to him, “the greatest danger to the independence of the judiciary comes from political interference with the workings of the Court.”

He noted that his administration has never interfered and will never intrude into the workings of the Court, stressing that he supports the independence of the judiciary in all its ramifications because he believes that an independent judiciary is a key to fostering and establishing the rule of law.

Weighing in on the impasse that led to the current industrial action embarked upon by the Judicial Staff Union of Nigeria (JUSUN), the governor urged the union to embrace dialogue in order to resolve the issues that are at stake while appealing to them to return to normal service to the people for justice delayed, is justice denied.

The Governor also noted that the commissioning of the High Court Complex marks an important milestone in the history of his administration and it is also of great significance to the promotion of timely and efficient justice delivery in Sokoto State.

He said progress had certainly been made towards modernising the judiciary, but felt that the court users were being harmed by bad habits which were pervasive within the Judiciary and the Bar.

Observing that there is an inherent distrust of the court system by the ordinary man, he charged the judicial at all level to work together for the greater good of all.

The governor added that his administration is aware that much of the inefficiency in the system has been caused by over-centralisation of duties and lack of staff with the requisite skills-set to make the system efficient.

He, however, stated that this cannot be a reason for complacency, thus the need to gravitate towards an atmosphere that would enhance streamlining of responsibilities and guarantee efficient dispute resolution.

“We now have to address further changes necessary to complete the process of the modernization and professionalization of the Judiciary as we are irrevocably committed to bequeathing a Judiciary fit purpose, to perform its role of dispensing justice to all manner of people according to law without fear or favour, affection or ill will,” he added.

He highlighted some of the notable achievements of his administration as remodelling of the High Court headquarters,
completion and remodelling, including furnishing and equipping of the buildings of the three divisional High Courts at Tambuwal, Gwadabawa and Isa local governments, renovation of the Judicial Service Commission (JSC) headquarters and some Lower Sharia Courts; provision of interest-free loans to all magistrates, some judicial staff and foreign training for Judicial Officers and all the Chief Registrars and their Deputies, Secretary of the JSC, Magistrates and Khadis.

Other achievements he enumerated are the sponsorship of African House London and the Judicial College to come to Sokoto and undertake the needs assessment for the training of judges and magistrates in respect of which a virtual training has started with the judges, the appointment of five High Court Judges and two Khadis of the Sharia Court of Appeal to the Judiciary, the appointment of Magistrates and Sharia Court Judges, Registrar and other support staff.

In his address, the Minister of Justice and Attorney-General of the Federation, Abubakar Malami (SAN) commended the giant stride of Gov. Tambuwal and his vision in refurbishing the edifice which is now among the best in the country.

This effort at commencing and completing the remodelling of the giant architectural structure which is now the cynosure of all eyes by the governor, he affirmed, reinforces his support to the ongoing federal government drive for judicial autonomy.

Expressing optimism that the ultramodern court complex furnished with state of the art equipment both in the offices and courtrooms will simplify the business of dispensing justice in the state.

Malami also explained that President Muhammadu Buhari, in March 2019 inaugurated the presidential implementation committee on the autonomy of the state legislature and judiciary.

In his address, the Chief Justice of Nigeria represented by Supreme Court Judge, Amina Augie, was overwhelmed by the effort of Gov Tambuwal in remodelling and upgrading the High Court complex in the state.