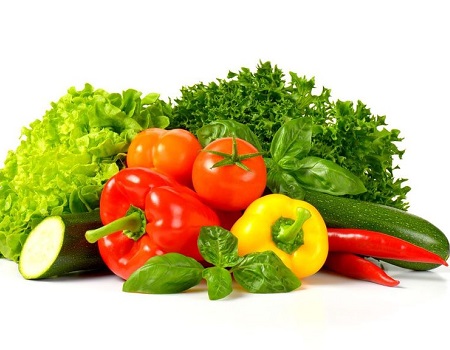 MRS. Kemi Abraham, a nutritionist with a clinic in Kubwa, Federal Capital Territory (FCT), has advised Nigerians to take advantage of vegetables in the rainy season as part of their meals to promote a healthier diet.

Abraham told the News Agency of Nigeria (NAN) on Wednesday in Abuja that seasonal fruits and vegetables retain more nutrients than when they are off season thereby making them better choice healthier eating.

“Since most vegetables blossom in the rainy season and are best consumed fresh, it is advisable to consume as much as one can afford before the dry season when they become scarce and almost unaffordable.

“For example, the fluted pumpkin, widely known as ‘Ugu’ leaves, the high protein content of vegetables like that have supplementary effect for the daily protein requirements of the body.

“Fluted pumpkin boosts blood level because the leaves are rich in iron.

“The vegetable plays a key role in the cure of anaemia, it also has lactating properties which is very good and recommended for nursing mothers.

“So, now that they are in season, it is best to eat them fresh and well prepared,’’ the expert said.

She explained that vegetables such as ‘ugu’ leaves can effectively be used to fight and prevent diseases, like kwashiorkor which is as a result of malnutrition, especially in children.

According to Abraham, other vegetables like the Jute leaves, commonly known as ‘ewedu’ leaves, also contain vitamins A, C and E which, she explained, are key in the protection of the body from diseases.

“Ewedu is another one that is a good source of fibre, which helps in weight management and may also promote digestive health, especially with bowel movement.

“The leaves help boost immunity and nourish the body system, it increases production of collagen in order to keep the skin firm and smooth and is rich in beta-carotene for good sight,” she said.

She added that ewedu leaves are high in calcium content which is good for healthy bones and teeth, boosts immune system, lowers blood pressure, cholesterol; good for heart health and in managing diabetes.

The nutritionist encouraged Nigerians to eat other vegetables, including spinach, water leaf, lettuce, cabbage and cucumber as well as fruits such as watermelon and oranges in rainy season.

Mrs. Uche Felix, a fluted pumpkin trader at Dutse Market, Abuja, said that the demand for the leaves had increased as more people had discovered the richness and suitability of the leaves for almost every meal.

“People have discovered that the leaves are nutritious, especially for growing children and can be eaten with almost every meal.

“Now, mothers have a way of making good stew sauce with ugu and the children take it to school as part of their lunch pack, of which is good.

“Also, unlike before when we get supplies from the east, now a lot of our women here in Abuja are involved in farming some of these vegetables.

“Our main challenge is that these vegetables are easily perishable though patronage is high.

“One cannot store them for long after harvest and even the consumer needs to eat them fresh, so it is best sold fresh; that is when most customers like it.

“Government and experts can help create healthy solutions to ease the challenges associated with storing these vegetables.’’

On the pricing, Felix said that when in season, a sizeable bundle of spinach and fluted pumpkin leaves were sold for as low as N50 while water leaves go for N100 per bundle.

“This is as compared to the dry season when water leaves were sold up to N200 for the same bundle while others were scarce,’’ he said.