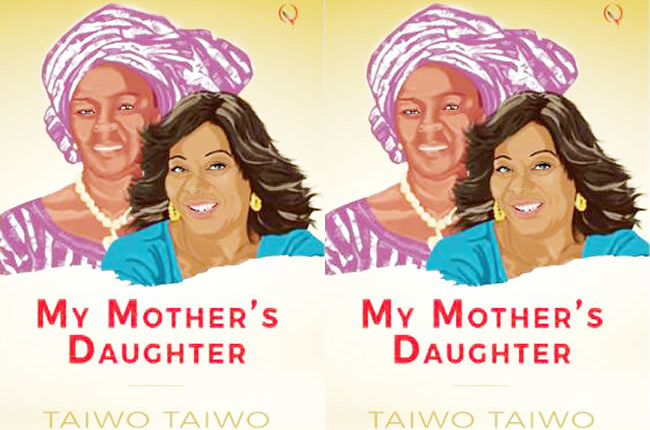 A new book titled My Mother’s Daughter, which is an autobiography of  Chief (Mrs) Taiwo Taiwo, chairman,  Aart of Life Foundation, would be unveiled to the public on February 16, 2021.

The public presentation, which is scheduled to take place online, would also be a special event where the author would celebrate with friends, family, business associates and members of her numerous mentorship groups as she clocks 70 years.

The programme will be streamed live via Zoom and other platforms to an anticipated global audience made up of people who have been inspired and touched in one way or the other by Chief Taiwo.

According to the author, the book will offer valuable insights in the areas of inter-generational female entrepreneurship and mentorship, and the importance of mentorship for young entrepreneurs.

As a young lady who was thrown into the family business in her early 20s after finishing school in England, her many years of experience in entrepreneurship, as well as her roles as a vibrant activist in society building ventures like Atlantic Hall Secondary School, Aart of Life Foundation, etc would be very valuable to young girls and middle-aged women of the present generation.

She is also using the platform her book offers to pay tribute to her mother, Mrs. Alice Olaperi Shonibare, who was quite instrumental to the heights Chief  Taiwo has reached today.

Chief Taiwo was born into a family of eight children with a father who was an innovative businessman of his age.

The author’s father died at 44 and the mother had the duty to bring up the eight children and grow the business the father started. Her nifty balancing powers that motivated the daughter, Chief Taiwo are shared in detail in the new book.

The book looks at Chief Taiwo’s education in Nigeria, her secondary school and university education in the UK. The text is indeed a loaded masterpiece that would inspire the best line of action in everyone who wants to navigate the path of life with vitality to overcome those daily challenges that life throws across the pathway.