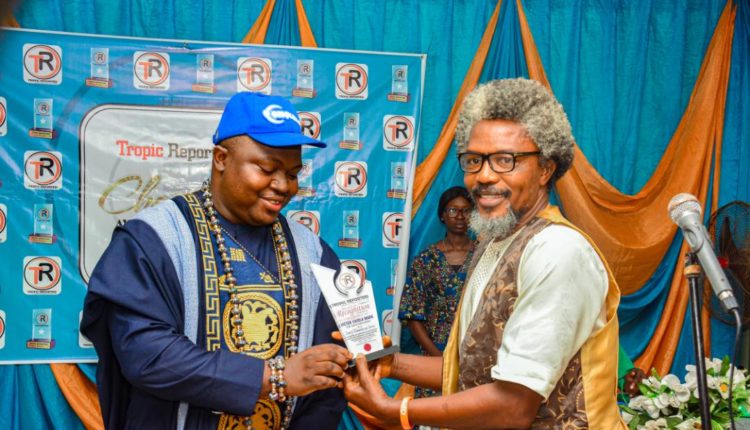 The Chief Executive Officer of Splash Estate, Chief Victor Mark, has attributed the poor practice of journalism in the country to the failure of the Nigeria state.

The versatile media manager noted there is a need to tackle the systematic problems in the country so as to have better media operations in the country.

Mark said this on Sunday in Abeokuta while speaking with newsmen shortly after being awarded for his outstanding humanitarian service by an online newspaper in Ogun State.

Speaking on the theme of the award: “The Role of Community Journalism in Nation’s Building,” Mark listed power supply, poor remuneration, among others as key issues that must be tackled in the country.

He stressed that journalism can become better only when the well-being of journalists are prioritised.

He added, “there are many systemic problems affecting community journalism in Nigeria and it is important to tackle those issues if we want to have good reportage.

“If we want to practice fair community journalism, we must first address the systemic problems facing Nigeria.

“It may be difficult to remove all the stumbling blocks, but it is possible to remove some. I did mention that one key thing to do is to work on systemic problems.

“Yes, NBC has brought down the cost of the licence to about a million for five years for a community radio licence. But the process of getting it is not easy. It is extremely difficult.

“I have applied for at least five community radio licences, spread across three states. But in as much we have done all we can to fulfil all of the conditions, the process of getting it is even beyond NBC.

“Making that process less cumbersome will help many people who have applied to get the license and indeed start the process of operation.”

While reacting to the award, Splash Estate CEO described it as one of the ways to appreciate his efforts in giving back to society.

Mark who dedicated the award to the citizen of Ogun State expressed readiness to support the initiative that will bring development to the nation.

He further said, “I dedicate the award to people that have contributed to my success both in journalism and real estate. I am grateful to everyone.

“I dedicate the award to all residents of Ogun State. The reason being that I feel honoured to be in the state despite the fact that I was not born here.

“We have always appreciated good initiatives. For the good work in them. When I say we, I mean Splash Estate Limited, we are one of the sponsors of the event.

“But beyond that, it is common knowledge that as a person I feel as a young man who has got support from a different person and as such, I have also dedicated my life and person to supporting youths in different ways.

“How to justify is that I do not intend to stop supporting youths. I recall that even when I had just three plots of land in my whole life, I gave out two to youths I have not seen before in my life. Not because I have plenty, but because I am passionate about the youth.”

In spite of the huge investment in the water sector by the government and international organisations, water scarcity has grown to become a perennial nightmare for residents of Abeokuta, the Ogun State capital. This report x-rays the lives and experiences of residents in getting clean, potable and affordable water amidst the surge of COVID-19 cases in the state. ‘Systematic problems affecting journalism in Nigeria’