Inside the HouseInside Aso Rock
By Kehinde Akintola On Jun 16, 2021 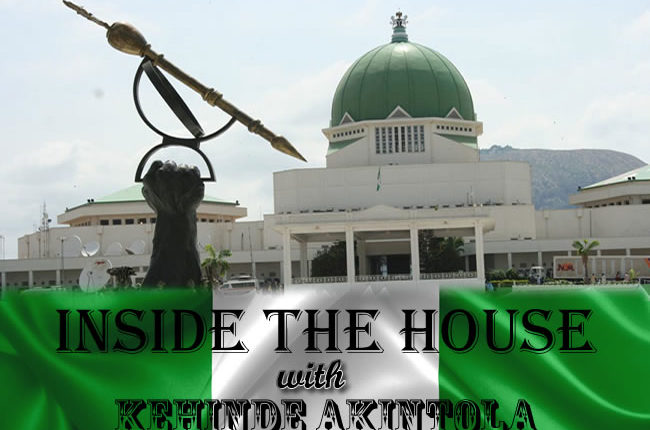 THE ninth session of the House of Representatives had the ‘last shot’ of its legislative assignments marking the end of the first-half of the four-year tenure last Thursday. Barely will a legislative week passed without the House observing a minute’s silence to mourn Nigerians who died due to the activities of terrorists, bandits and kidnappers  across the country: from the North-East to the South-East, as well as the South-West to North Central; South-South to North-West. As at today, no zone is exempted from one major security crises, especially from the invasion of the killer herdsmen.  So, many members of the House have one gory story to tell concerning the asphyxiating activities of criminal elements that have displaced people from their ancestral homes. It has led to more than three million Internally Displaced Persons (IDPs) and thousands of others dead over the past years. Observers say these incidents cast a blur on the ninth Assembly in various aspects. They also claim that it has not fared well in terms of passage of bills, including the money (Appropriation) bills in the last two years, which are the highest so far in the history of the country.

Some pundits also raise the issue of the need for the Assembly to be accountable to the citizens. Two prominent traditional rulers, who conversed with the leadership of the National Assembly at the just-concluded security summit held at instance of the House leadership, did not mince words on the precarious situation at hand.  Specifically Ooni of Ife, Oba Ogunwusi, Ojaja II, challenged anybody among the legislators who could stay in his/her constituency for a week, to public proclaim such. “All of us that are here, I will be very happy if anybody can raise up their hands and say ‘I can go to my constituency, my local government area, and I can stay there in peace for one week.’ Who can do it here? Including our gatekeepers, who can do it here; including the Senate President, including the Speaker of the House?”

Invariably, the Sultan of Sokoto, Alhaji Abubakar, like every other well-meaning Nigerians who are directly hit by the destructions that ravage the land by day and night, are tired of handlers of democratic Institutions especially the Senate and the House.

Nonetheless, the Majority Leader of the House, Honourable Alhassan Ado Doguwa is of the belief that the ninth Assembly is doing something different. In his assessment of the National Assembly in the last two years, he talked about the blueprint prepared and adopted by the lawmakers to guide their operations and activities. His words: “I also want to say without any fear of any contradiction that the leadership of the National Assembly we have now ably led by the Senate President and the Speaker of the House, we have come up with an agenda and it is for us to actualize even our institutional independent first, to actualize our institutional integrity first as an institution and now begin to see how we can align with other arms of government to deliver the expectations of our people. I want to say without any fear of being quoted that this National Assembly especially the ninth House of Representatives has outstandingly done some outstanding performance especially in the area of legislation, responsive to the call of our people, we have always been on our feet to make sure that the interest of the people is protected and never compromised.”

But, Honourable Mark Gbillah differs on the performance of the House so far. “Let me put it this way, the immediate score mark would be a fail. It is not about passing bills alone but even then, compared to the 8th Assembly, it cannot still meet up what it is at this stage. But let me point out that it is not just about passing bills but the nature of the bills and how they impact on the well-being of the people and this is not the fault of the ninth Assembly this time but the executive and in particular how quick they assent to the bills that two flagship legislations that would write the name of the 9th Assembly in the annals of history in gold that we appeared to be playing politics with again and that is the Electoral Act.”