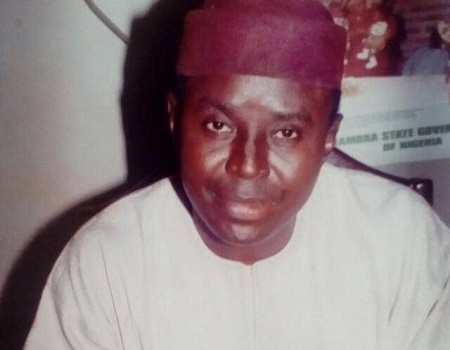 Nigerian Tribune reported that the man had lodged in the hotel for three days, and had brought in different girls, before bringing in Ifeoma on the third day.

Trouble, however, started at about 5 pm same Saturday, when the 33-year-old Ifeoma attempted to leave the hotel without the man, and hotel staff who smelt a rat stopped her.

The room was said to have been checked, and the man found, lying unconscious on the bed, while the police were brought in.

Police Public Relations Officer for Anambra State Police Command, SP Haruna Mohammed who confirmed the incident in a press statement, said, “On the 10/11/2018 at About 8:15 pm, there was a report by the management of Desires and Leisure Hotel, Agu Awka at B’ Division that on the same date at about 5:pm, one Ifeoma Ayinka ‘F’ aged 34 years of Agu Ukwu in Aniocha LGA who came to Lodge in the hotel with One Obi Nwoda ‘m’ aged 65 years of the same address was leaving the hotel premises without the said man.

“When confronted and taken back to the hotel room they discovered that the man was laying on the bed unconscious.”

He said upon receipt of the complaint, the scene of the incident was visited by Police Patrol team attached to B’ division led by the DPO CSP Odion Ekeinde and victim was rushed to Apex hospital Awka where he was confirmed dead on arrival by the medical Doctor.

He said the woman alleged that the victim collapsed while making love to her.

“She was subsequently arrested and the case is under investigation to ascertain the circumstances surrounding the unnatural death.

Uduaghan calls for abolition of female circumcision, others