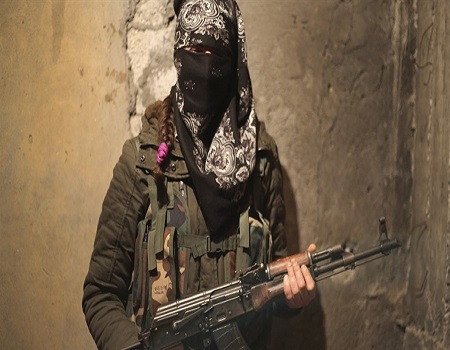 A man set off an explosive device in a suspected suicide bombing at a police station in the capital of Indonesia’s North Sumatra province on Wednesday, the Police said.

The attacker was killed and six people, including five police officers, were slightly injured in the explosion in the parking lot at the Medan city police station, said National Police spokesman, Muhammad Iqbal.

“We are working to find out whether the perpetrator was part of a network,’’ Iqbal said.

The suspect was identified as 24-year-old Rabbial Nasution, a native of Medan, said another Police Spokesman, Dedi Prasetyo.

“The perpetrator acted as a lone wolf,’’ he said.

Police were investigating whether he had any link with a militant network, he said.

Television footage showed a body near an armoured police vehicle.

“I was queuing when I heard a loud explosion and smoke billowing,’’ a woman named Lila, who was at the police station, told Metro TV.

Indonesia has been hit by a string of terrorist attacks since the 2000s, with more recent strikes being blamed on Islamic State-inspired militants.

The suicide bombing was the second militant attack since Oct. 10, when two people, armed with knives, stabbed and wounded the Security Minister, Wiranto and two other people.

The two suspects were believed to be members of Jamaah Ansharut Daulah, which authorities said is an affiliate of Islamic State.