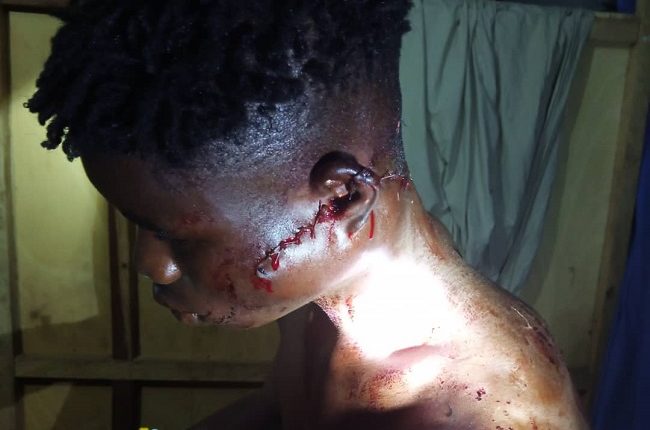 Suspected herdsmen on Friday evening attacked farmers on a farm belonging to public relations officer of the All Progressives Congress (APC) in Kwara State, Alhaji Tajudeen Aro in Offa.

The farm, located behind the Offa University was reportedly attacked by suspected herdsmen said to be migrating from an unknown location.

According to the public relations officer of the state command of the Nigerian Security and Civil Defence Corps (NSCDC), Babawale Afolabi, the herdsmen came to the farm at about 6:00 pm to carry out the unlawful act on the farmers.

The information gathered had it that the farmers also fought back their attackers and injured some cows, “in a bid to overpower the suspected herdsmen, as one farmer, Yakub Salasi, 27 years old, sustained serious injuries.

It was also gathered that the suspects took to their heels when the farmers reportedly alerted officers and men of the Offa Civil Defence Joint Task Force (JTF) in the area.

“On this note, the JTF Offa division and Vigillante team went to the farm where the victim was rescued and moved to a nearby hospital along Ilemona community for medical treatment.

“Meanwhile, in the effort of Offa Civil Defence JTF to arrest the suspects, the cows belonging to the suspected herdsmen were recovered at the farm where most of the cows were injured by farmers.

“Later, a Fulani man in the area, one Alhaji Sabo Yaro, intervened and promised to assist the security operatives to smoke out the suspects.”

In spite of the huge investment in the water sector by the government and international organisations, water scarcity has grown to become a perennial nightmare for residents of Abeokuta, the Ogun State capital. This report x-rays the lives and experiences of residents in getting clean, potable and affordable water amidst the surge of COVID-19 cases in the state…Suspected herdsmen attack farmers  Suspected herdsmen attack farmers