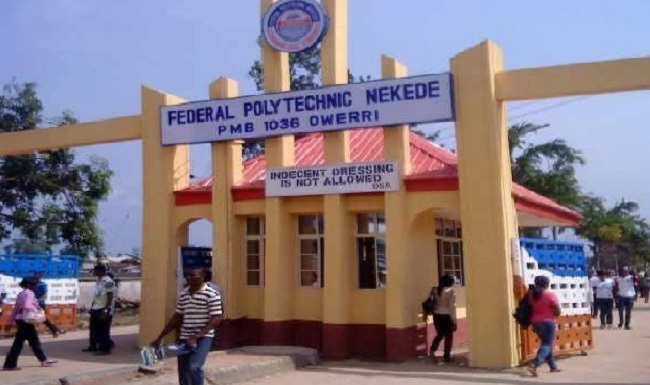 Some persons with the intention to sell unwholesome and poisonous dry meat to students and members of the Federal Polytechnic Nekede community, Imo State, have been arrested.

The authorities of the Institution, in an internal memo signed by Okonkwo Anthoney Eroefula for the Registrar, Mrs Eucharia Chidima Anuna, said that the suspected dry meat sellers had been handed over to the Nigeria Police.

The Registrar said that the people were intercepted by the institution’s security personnel and during interrogations, they confessed to have come from a certain street in Aba in Abia State.

She said that when the dry meat sellers were asked to taste the meat, they refused and that immediately raised suspicion that the meat could be dangerous to human health.

She said: “Nobody actually knows their intention in this regard.”

Meanwhile, the authorities of the institution have warned the Polytechnic community, especially the students, to beware of what they consume forthwith.

Anuna advised everyone to report any suspicious movement on the campus to the security personnel for prompt action.

When contacted, the Media Adviser to the Commissioner of Police, Imo State, CSP Mike Abatam said that the report has not yet gotten to his desk and that he would call the DPO in charge of the area.

In spite of the huge investment in the water sector by the government and international organisations, water scarcity has grown to become a perennial nightmare for residents of Abeokuta, the Ogun State capital. This report x-rays the lives and experiences of residents in getting clean, potable and affordable water amidst the surge of COVID-19 cases in the state…Suspected dry meat sellers  Suspected dry meat sellers