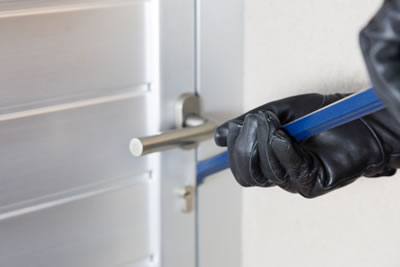 Mr Audu Kirya, a Senior Admin officer in the deputy governor’s office confirmed the incident to newsmen in Yola on Friday.

Kirya attributed the reoccurrence of the theft incidents in the Deputy Governor’s office in the state to poor security measures.

Some members of staff under the condition of unanimity expressed worry over the frequent vandal activities in the office of number two man in the state.

Commenting on the situation, the press secretary to the deputy governor, Mr George Kushi described the incident as regrettable.

Kushi lamented that it was unfortunate that a very important office like that of deputy governor would be visited by vandal activities.

”It means even top government confidential documents are not safe,” Kushi said.

However, Mr Usman Daura, Chief Security Officer ( CSO) to the Deputy Governor, said that measures have been taken to maintain and intensify security situation in the office.

”Among the measures include the deployment of a trained Vigilante group to man the office severely on daily basis and to cover where Police did not cover.

”Also, the security unit of the office has invited police detectives from Jimeta Division to investigate the incidents,” Daura said.

The questions that are remained to be asked are; why should the Vigilante group man security posts in the deputy governor’s office, is it because of inefficiency or insufficiency of policemen and other official security agencies in the state?

Why should the deputy governor’s office be reduced to such embarrassing security ridicule, does it not amount to the conspiracy of sabotage in the vandal?

Nura Mohammed the IT analyst would ask “how can thieves thrive in vandalising government property beating security with impunity if not sabotage? There’s the need to strengthen security against conspiracy in government house.”

Hundreds of followers of the Speaker of the House of Representatives, Hon. Femi Gbajabiamila have continued to react to the twitter message on his official twitter handle: @femigbaja, on his engagement with his counterparts from Ethiopia, Ghana, Kenya, Senegal and South Africa on the planned collaboration in the joint task of loosening the stranglehold of foreign debt on our economies, ahead of the 2021 conference of African Speakers, scheduled to hold in Abuja…Suspected burglars break  Suspected burglars break