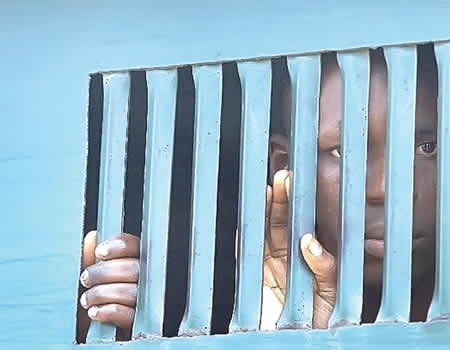 A surveyor, John Otema has been convicted and sentenced to 50-years imprisonment for raping a 19-year-old student of the University of Lagos.

Justice Abiola Soladoye of the Lagos State Sexual Offences and Domestic Violence Court handed down this judgement to the convict.

The trial judge found the convict guilty of a two-count charge of rape and assault occasioning harm of the 19-year-old student brought against him by the state government.

The judge, however, did not find him guilty of a charge of raping the second student of the same institution.

The prosecution had accused Otema of having sexual intercourse with the students without their consent.

Justice Soladoye freed Otema of raping the other student because she was observed to have mischievous demeanour while giving her testimony.

The judge noted that she would not have claimed that she was raped if Otema had paid her the N50,000 agreed upon before their rendezvous.

The judge described the student as a game player who had embarked on a sexual escapade.

Meanwhile, Justice Soladoye was appalled by the spate of sexual violence committed against women and girls.

“This State of Excellence has zero tolerance for this sort of crime and the punishment meted out to the defendant will serve as a deterrent to other sex offenders that they too will be caught and brought to justice.

“Women and girls like every other member of the society should be respected and not be turned into prey by sex maniacs,” she stated