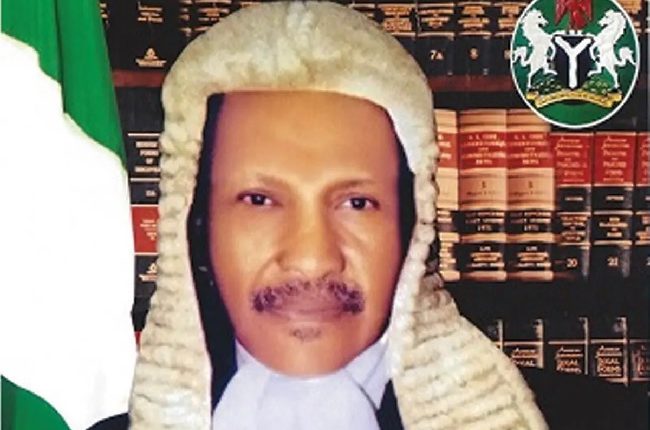 A retired Justice of the Supreme Court of Nigeria, Justice Olabode Rhodes-Vivour, has called for the amendment of the country’s Electoral Act to shift the burden of proof on the Independent National Electoral Commission (INEC).

He said the amendment will shift the burden on the electoral body to prove that it conducted a free, fair and reasonable election.

Speaking at a valedictory court session held in his honour at the Supreme Court complex, on Monday, the jurist also faulted the way elections are conducted in the country, lamenting that they are protracted because the stakes are too high.

He said most elections are usually resolved by the courts simply because most politicians are never satisfied with the results announced by the electoral umpire.

Justice Rhodes-Vivour, while lamenting that corruption is still deeply rooted in Nigeria like any other country in the world, however, canvassed that concerted efforts must be put in place to reduce the anomaly to the barest minimum.

The apex court Justice who bowed out of the bench, having attained the mandatory retirement age of 70 years yesterday said, corruption must be tackled headlong through genuine efforts so as to make life more meaningful for the citizenry.

According to him, “Corruption exists in all the countries of the world. Nigeria is no exception. What should be done is to reduce it drastically thereby making our dear country an exception by building credible and transparent systems.”

“We are all here today to felicitate with an accomplished jurisprudential iconoclast that has offered the best of his intellect to the advancement of the legal profession through his several years of inimitable adjudications,” the CJN stated.

The CJN described Rhodes-Vivour as a rare gem and unblemished symbol of humility and piety and added that “His proficiency in the dispensation of justice, which is anchored on his mastery of the law, presents him as a man of honour and scholarship.

“His judgments are not only incisive but also analytical and opulent by all standards. His robust contributions to the development of our jurisprudence are inviolable and fascinating.

“His impeccable attention to details in every matter before him is alluring and salutary as well,” the CJN said.

Amotekun arrests over 100 cows in Ondo