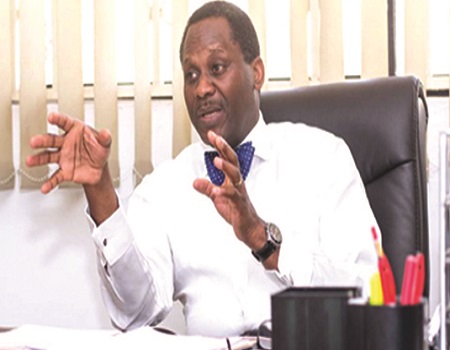 The Chief Executive Officer of the Federal Competition and Consumer Protection Commission (FCCPC), Mr. Babatunde Irukera, has called on manufacturers, consumers and other stakeholders in the nation’s packaged food-drinks, water, and container- producing industries to support government’s efforts at ensuring sustainable consumption in the country.

Making this call on Thursday, in Lagos, at a meeting with stakeholders in packaged food-drinks, water and container producing industries, in Nigeria, to mark the World Consumer Day, the boss argued the present health challenge, being faced by countries, around the world, including Nigeria, had made sustainable consumption, imperative; since it ensures that goods and services are used in a way that minimised negative impact on the environment

While commending the stakeholders, including representatives of the Manufacturers Association of Nigeria, consumer advocacy groups and business chieftains, Irukera argued that it had become imperative for all stakeholders to discuss and find solutions to the problems of waste management facing the country, rather than allow the government to come up with regulations, other stakeholders had little, or no, input in.

ALSO READ: Commend us if we do good, tell us if we do anything contrary, Bello charges journalists

”The issue of waste has remained a huge challenge in big cities around the world, including some Nigerian cities. And I think the time has come for stakeholders, including manufacturers, consumers and government to sit down and come up with guiding principles for sustainable consumption in the country.

”For instance, some cellophane bags take as long as 400 years to decay, since they are mostly not biodegradable. Is that the type of the legacy that we want to leave for generations, coming after us?” he asked.

According to the FCCPC’s boss, the forum, therefore provided stakeholders the opportunity to discuss how to ensure sustainable consumption in the country, especially in the nation’s food-drinks, water, and container producing industries.

Speaking at the event, Dr. Olatunde Oluwatola of Consumer Advocacy for Food Safety and Nutrition Initiative (CAFSANI), commended the efforts of the Commission at ensuring sustainable consumption in the country.

He however stressed the need for stakeholders to come together to ensure sustainable consumption; since that could not be achieved through self-regulation only.

Why I prosecute consumer rights violators myself ― FCCPC boss

NERC issues two-year ultimatum to DisCos to meter all customers