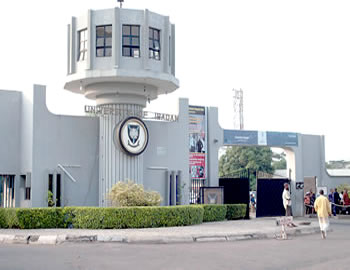 IN many developed countries, periods of electioneering campaigns are deemed critical to both the contestants and the electorate. Persons vying for political offices, therefore, burn the midnight candle to come up with manifestos that are specific, measurable, attainable, relevant and time-based (SMART). Beyond having a SMART agenda, these contestants consider as more critical the ability to communicate their agenda in a clear and concise manner. For every rostrum mounted, the contestant has a task to be convincing in selling his or her agenda and to connect with a critical listening audience. Typically, each voter attends political debates and campaigns with his or her vote up for grabs by the most convincing, interesting and plausible-sounding contestant. Boos, cheers, epic punch lines, memorable speech deliveries characterise these campaigns and debates as contestants display their oratory skills to the awe or dismay of active listeners. In fact, the more contestants perform woefully at campaigns and debates, the more likely their loss at the polls.  In the same vein, contestants’ rating and likelihood of victory soar the more they are able to connect with the audience at campaigns and debates. Not only political leaders but also activists, civil rights leaders, labour leaders, preachers and leaders of thoughts are expected to move audiences to some form of action whenever they speak.

Obafemi Awolowo’s “It is not Life that Matters”, Anthony Enahoro’s “Motion for Nigeria’s Independence”, Abubakar Tafawa-Balewa’s “Independence day”, Chukwuemeka Ojukwu’s “Ahiara Declaration”, are speeches that display all qualities of oratorical prowess. Political speeches were made by leaders to persuade, inform, correct and manipulate the audience. Back then, Nigerians thronged campaign venues to listen to epic deliveries, measurable manifestos and clear focus of governance. Nowadays, however, there is a dearth of political leaders with SMART manifesto, measurable deliverables and the once revered oratorical prowess. Campaign grounds have now become carnival opportunities for Nigerians to temporarily dance away their sorrow and get diced edibles/consumables. The politician, therefore, bamboozles the electorate whose critical listening ability is weakened as a result of poverty; the politician purchases the people’s votes and gets into office. Among current set of Nigeria’s leaders, the oratorical abilities of Rochas Okorocha, Femi Fani-Kayode, Babatunde Fashola, Tunde Bakare, Peter Odili, Femi Gbajabiamila, Rauf Aregbesola and Adams Oshiomhole has been described as remarkable. However, does the current set of leaders match the outstanding oratory prowess of those of the first republic? Driven by the need to rekindle public speaking skills, personal confidence, develop strong leadership capacities among youths, a lecturer in the department of Communication and Language Arts, University of Ibadan, Dr Bisi Olawuyi had, in 2007, introduced a public speaking contest in the university community tagged “Superbowl”. Coming on the back of an inter-faculty debate contest tagged, “JAW WAR”, the introduction of Superbowl further promoted healthy intellectual debates on societal issues. Since Dr Chioma Nwafor emerged winner of the first edition, every edition has provided a platform for students to demonstrate their oratorical skills, to generate ideas, to chart the right course for social development in an atmosphere of conviviality and fun. This year 2019, Superbowl is staging a comeback after seven years of a halt when Dr Olohirere Ezomo won the 2012 contest.

Like previous years when speeches revolve around current challenges facing the nation, the ten finalists who emerged after battling through preliminary stages, will be advancing the conversation on the revival of the Nigerian state in the face of uncontrolled and unprotected migration as well as massive brain drain. In their various deliveries, the speakers will be expected to develop a clear and workable blueprint for Nigeria’s reconstruction. In gunning for the ultimate prize, the 10 finalists will, in another round of speech deliveries, show in practical and achievable steps how the University of Ibadan can take its place as Nigeria’s template for a functional society before the end of the next decade. Come November 30th, one of the 10 finalists will join the Superbowl hall of fame which already has etched on it names like Dr Chioma Nwafor, Mr Faith Abiodun, Dr Isioma Diji, Dr Kemi Adeleke and Dr Olohirere Ezomo. Who will that be?

The prodigy in Ado-Ekiti

The illegalities of social media regulation

SaaS, CPaaS, and the African Continent