SUBEB woos 538,000 out-of-school children back to classrooms in Kaduna 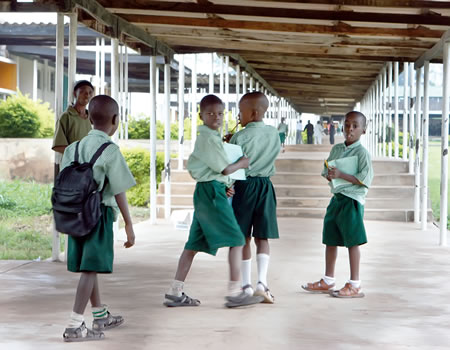 The Kaduna State Basic Education Board (SUBEB), said on Wednesday that no fewer than 538, 000 out of school children have been enrolled in schools following interface with critical stakeholders including parents.

Alhaji Abdullahi Sani, the SUBEB Executive Chairman, said during the commission’s budget defence at the State House of Assembly, that the board had initially targeted 145,000 such children in 2019.

“SUBEB was able to register over 538,000 out of school children, we initially targeted over 145, 000 but given the advocacy visit we embarked upon and the interface with critical stakeholders in this endeavour we are able to achieve this number surpassing the target.

“We are going to intensify this effort next year so as to double the number.”

The chairman added that they also succeeded in getting 13,000 Almajiris into formal schools during the year.

“On the enrollment of Almajiris, we have been able to register over 13,000 Almajiris, meaning that if we continue this way, we are going to reduce this number from our streets and make them useful to society and make their lives better.”

He said that the board was working with Better Education Service Delivery (BESDA), a World Bank assisted project to enrol up to 727,764 out-of-school children in the state in the next five years.

According to him, 2.5 million pupils were enrolled in 4,260 primary schools in the state this year.

He emphasised that the government was bent on reducing the number of children from the streets, make them useful to society and give them a better future.

Sani said the N10 billion budget of the board would focus on three critical areas – improving quality of teachers, infrastructure and making the curriculum relevant to emerging trends.

Prof. Alexander Kure, Provost Kaduna State College of Education Gidan Waya, stressed the need for government interventions in the education sector for it to meet the challenges of the 21st century.

Kure said the college had gotten approval to employ more staff, as it was losing 30 to 35 staff yearly.

The provost commended Gov. Nasiru El-Rufai for releasing funds for the renovation of the institution.

Mr Tanimu Musa, Chairman House Committee on Information, said even though the entire exercise was cumbersome, the assembly would critically look into the budget and address all grey areas. (NAN)

Sharp division in Reps over move to abolish Post-UTME