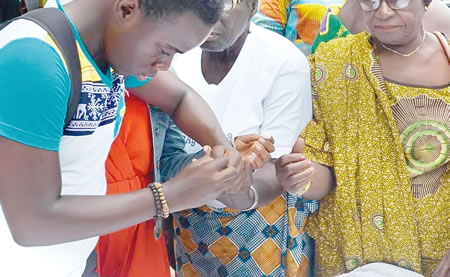 THE potential benefits of mulberry fruit extracts to reduce blood sugar and insulin increase after a meal may be achievable at a lower dose than previously reported, says a new study from Unilever R&D.

Data published in the British Journal of Nutrition indicated that beneficial effects for blood sugar management may occur at doses as low as 0.37 grammes.

The potential benefits were linked to a specific bioactive called deoxynojirimycin (DNJ), which is a reported inhibitor of the enzyme alpha-glucosidase, thereby preventing the digestion of carbohydrates such as starch and sugar.

The study adds to a solid body of science supporting mulberry extracts for blood sugar management and potential anti-diabetes effects. Other studies have examined not just extracts from fruit but also extracts from mulberry leaves. It was in the British Journal of Nutrition.

Extracts are already available in the market, with claims to aid blood sugar management and weight management.

The new study builds on earlier work by Unilever R&D, which found that 1.5 grammes of a mulberry fruit extract could significantly reduce blood sugar and insulin increases after a meal.

Using boiled rice as the carbohydrate source, the researchers performed two trials with healthy Indian adults aged between 20 and 50. For the first trial, 84 people were randomly assigned to receive the boiled rice and one of five different doses of the mulberry fruit extract: 0, 0.37, 0.75, 1.12 and 1.5 g.

Reductions in post-prandial glucose ranging from 23% to 27% were observed, while post-prandial insulin levels were reduced by between 14 and 35%.

Since consistent effects were observed for the lowest (0.37 grams) dose, the second trial examined the potential of even lower doses. Again, 84 people were randomly assigned to different mulberry extracts in boiled rice: 0, 0.04, 0.12, 0.37 g.

In the second trial, only the 0.37 g dose led to significant reductions in post-prandial glucose (about 20%) and post-prandial insulin (about 17%).

“The data suggests that mulberry fruit extract could be used to achieve these benefits as a commercial food ingredient, provided it meets other technical, safety and consumer acceptance criteria,” wrote the scientists.

“Given the putative mode of action, the results probably also apply to other mulberry fruit extract sources with similar specifications, and other sources and preparations of readily digestible starch, but this should be explicitly confirmed.”