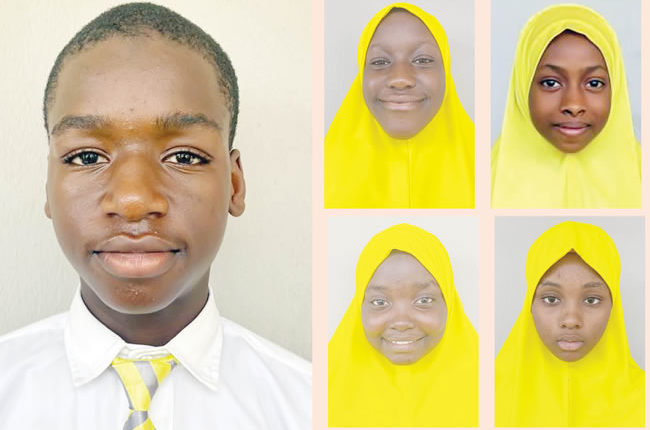 Sports; a means to life!

Sports is a recreational activity which is beloved by me. My best sports is football. Football is a sport that is very common and interesting. I started playing at a very young age, which I later got used to and play almost every possible time.

I like to write on freedom and fair hearing

In Nigeria, rights are violated which is not meant to be. In a situation where there is a case between a peasant and a rich person, the rich individual would always be favoured no matter how much evidence is provided against the rich. Everyone has the right to be heard fairly in the court no matter the status. In most cases, the individual who is not guilty always becomes the accused because of violation or disrespect to the freedom of fair hearing.

Investigations should be properly carried out in order to punish the right person as it is being done outside Nigeria.

I advocate that the government should establish organisations that will have lawyers for the poor people who do not have ability to pay huge sums for litigation. This will reduce the rate of violation or disrespect of the freedom of fair hearing.

The excursion I will never forget

Excursion is basically an educational trip or tour around a place for educational purposes.

The last excursion I went was when I was in primary in Crescent Schools. We went to Omu Resort which has a park and a zoo in it. We went to the zoo, where I saw different animals and their species like snake, baboons, giraffes, monkeys, lions and many amazing animals.

At the front of each animal’s cage, there was a notice board which shows the features, lifestyles and family life of each specie of the animal. It was indeed a very educative and memorable experience which gives a person a view of wildlife.

The park is mainly  a recreational centre, which was cool. It has natural trees and breeze which make the sight so natural and enjoyable. The beautiful flowers and green plants make one see and explore the beautiful nature. The excursion really impacted on my knowledge of wild life and it made me to actually have a clear view of what nature is like.  It was an excursion I will never forget.

As citizen of Nigeria, there are different religions that can be practiced, be it Islam, Christianity and traditional religion. Every person should be allowed to worship and practice his/her religion freely since each has the right to choose.

People with different religions from others should learn to tolerate one another and not begrudge themselves.

Despite the advantages of freedom to religion, there are disadvantages. Whatever religion you are practicing, you should try to know your limit and not offend a person practicing another religion. We should not offend ourselves because of our religious differences and gender should not also be a dictate to a choice of religion.

What is human rights? Human rights are moral principles or norms that describe certain standards of human behavior and are regularly protected by the law. There are different rights: right to life, right to dignity of human person, right to personal liberty, right to private and family life, etc.

My favourite among these rights is the right to life.   It is written in the constitution, in chapter IV, Fundamental Human rights, section 33, sub section 1: “Every person has a right to life and no one shall be deprived intentionally of his life, save in execution of the sentence of a court, in respect of a criminal offence of which he has been found guilty.”

This means that nobody deserves his life to be taken from him except on exceptional cases which is determined in a court of law. If this law does not exist among others, human life would not have had any value and other rights would have been useless.